I indeed built Her Highness the beef stew and now our house smells good enough to eat, as is. It has been a fine day filled with tinkering on rifles (Dug out scopes, gear, ammo.) and fitted a few pieces here and there. 'Nuff said.

Below, let the preps begin. 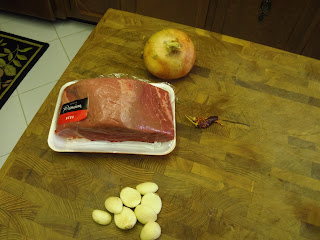 Here I've dusted the meat with seasoned flour. I browned the pieces of beef very slowly in small batches. 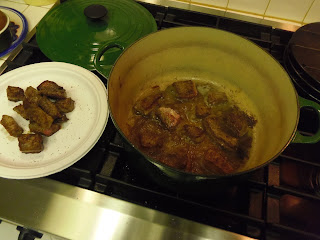 The stew ready for a long five to six hour simmer. When Sweet Wife arrives home from work I'll break out the bread, apply butter and we'll dig in. Ya'll come. 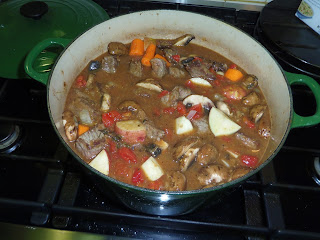 This is a picture for my friend, PioneerPreppy. 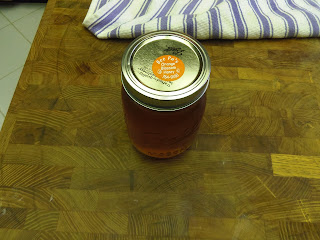 There's an old timer with a small  farm just north of our location. Yesterday we took a quick day trip and on the way home I stopped at his farm and purchased this Mason jar of Orange Blossom. He has about twenty hives. According to him twenty hives is about all he can care for at his age.

He built a nice glass fronted cabinet alongside his garage for display. There is a sign which directs his customers to take what they want (from pints to quarts) and to slip their money into the slot cut into his garage door. Yesterday he had Orange Blossom and Wildflower available.

When I drove in he stepped outside and we chatted. He's about eighty-six, world war two vet. Nice man. I asked if he ever gets ripped off. He said no that for the most part people were honest. But, to keep folks from a life of crime he installed a motion sensor that beeps when a car enters his driveway.

His price for a pint was a reasonable nine dollars, quarts twelve. I like his handle, Beepa's Honey. 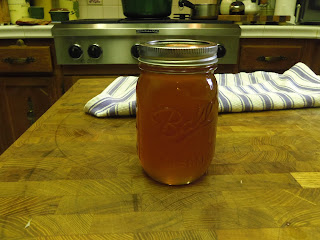 Stephen
Posted by Stephen at 6:00 PM