Just now on the Olympics, girl takes a tumble on the ice. My wife screams, "Oh, Bless her heart." 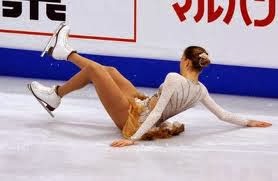 The Worm, it flipped

Spent the first ten minutes of my morning on walkabout and picked up democrats tracks. Only one beer can but they did give over six discarded and empty cigaret packs, one Burger King bag, two mustard packs are still usable - I placed them aside for street walkers. One partially filled and still functioning Bic lighter which I will add to my collection. I have at least a good dozen I've found over the years.

The spent condom took some thought. After a second or two I used the toe of my boot to nose it underground and swished a cover of gravel and dirt over it and tapped it from view. This was a public service as I understand younger democrats have been know to recycle these found treasures after first giving them a quick water rinse. One kid reported it gives additional sensitivity the second time around.

I at first gave a chuckle thinking this boy was 'choking my chain.' A few seconds passed then - boom, epiphany. The issue of these recycled (stay green with me) by-products of drilled/fracked petroleum are children, and liberal children attend public state institutions. If they survive the first six years they're released. Eventually they are recruited by Acorn and become full sized second hand condom users and then they vote, get drunk. and drive by my business and flip they're used Trojans on my shop parking lot. 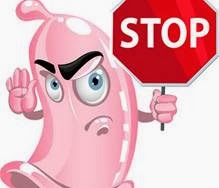 This explains much of what I've read on certain blogs.