For me the scream of a crow is an evocative and melancholy song. The call of crows reminds me of clear cool Fall days and the scent of ripened pumpkins and brown broken corn stalks and small boys hunkered down with shotguns in anticipation of the next flight of the slick black birds. With coffee in hand I stepped outside the shop this morning.  As I sipped two crows, high in the oaks, chattered. Their music evoked old memories of long ago crow hunts. As a blood sport not many of today's generation still practice the art of shotgun and crow. Then again, few hunt. Crows are not easy targets.

I eased to the backyard of the shop where a fairly large oak spreads it limbs. The birds continued to caw and skip limb to branch and without conscious thought I raised my arm as if taking aim. The crows went silent. 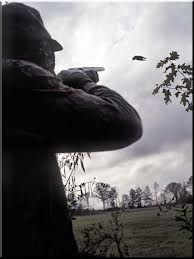 They too remember those long ago Fall days of cornfields and little boys with shotguns.

Nice fella came in yesterday and sold a couple of his closet queens. I purchased a nice Remington model 700. She's a beauty, a classic. Dated the rifle to 1962. She's dressed in walnut with a fairly nice 3x9 scope and an older military style leather sling. I might keep her. I'll slip a picture in here, a stock picture off the web, as I clean forgot to snap pictures. 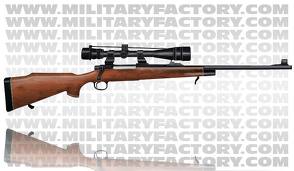 Anyway, this gives you an idea. She's chambered in 30/06. Now, with it in my 'armory,' as the liberals say, it makes me want to pack and head to the mountains for an elk hunt.
The second firearm he sold me was an old Westernfield shotgun. It's been a long time since I've handled a Westernfield. She's really just a Mossberg 500. Mossberg slapped the designation of 550 on her and set the line aside for Montgomery Wards. (check spelling) Wards stocked the shotguns for years and as you know have been out of business for a long time. Not many of these old girls are still in action.

Again, stock picture. The old girl has an adjustable chock, and no it isn't a Polychock. She's a twelve gauge. I gave next to nothing for her so again, like an idiot that cares nothing for profit, I might keep her. As if I need another shotgun. If, I sell her I'll triple my investment. Decisions, decisions.