I must confess I like movies and books that deal with resistance movements. Doesn't really matter which resistance, though I like the stories of the Irish Republican Army above all others. Kinda runs in my blood don't you know. Don't ask why, I just do. With the current situation in our country a good resistance movement might solve many of our nation's problems. 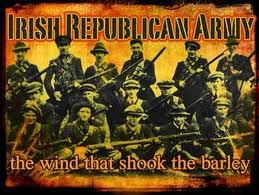 The Swedish had more than there fair share of hero's involved in their resistance, as did the Italians, and believe it or not, the French.

Quality resistance movies are hard to find. In the above picture you'll notice 'the wind that shook the barley.' If you haven't as yet seen the movie by the same title - find and watch it. It's on Netflix. 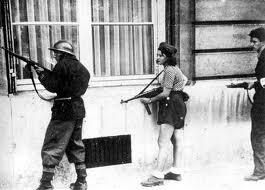 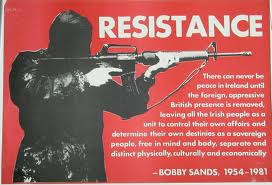 It's interesting to watch a good resistance movie and identify the firearms. The early Irish movement greatly depended upon the Brits steady, but reluctant, supply of good rifles and handguns. Enfields during the early years later gave way to Colts. 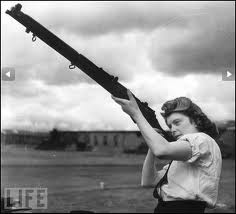 Help me out. I'm bored. If you have a good title, book or movie, give me a yell.