To my new follower and friend, Bobby. My friend, I promise to always answer your comments.

Bobby writes a nice blog titled, Bobby's Missive, please drop by and say hello and tell him Stephen sent you. 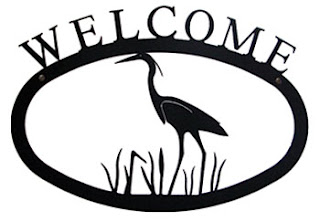 Again, thank you and welcome, Bobby. You are now among friends.

It's 0315. I can't sleep. The house is quiet other than the hum of this laptop. I don't know why I lack the ability for a full nights rest, but there you are...

In a few hours I'll jump into the shower and pack a few items in my bag and leave to take Little Bit to breakfast and school. The thought of it makes me smile. Afterwards to my shop and then an afternoon with the cardiologist. The thought of that doesn't make me smile... 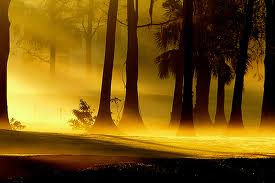 The Pimp came in twice today. Called me six times. He must be in a world of hurt. On both visits he arrived with pieces of crap handguns....and I mean bad. One was a Cobra .25, the frame hand painted black. His asking price was silly;  $175.00. I offered him ten bucks. The second isn't even worth description. It was a little revolver with at least three missing parts. I told him it was a paperweight. You'd of thought I'd kicked him in the teeth based on his reaction.

Just before I closed the shop he phoned again...told me he wanted one more try. Said he had a Sig Revolver chambered in 32/20. Said he'd bring it by today. Really, he did...should be interesting.

I hear an owl...beautiful. Lonely sound. I live next door to a game preserve. The wildlife add richness to the nights. I never know what signs I will find during the morning hours. There are always the tracks, scat, leftover pieces of fish from the river, feathers and fur. A couple of years ago I found two baby 'possums asleep in my yard waste trashcan, cute little boogers, with teeth.

Think I'll switch out my carry piece today. Maybe my Smith model 19. Not sure yet. Any suggestions. Even though she's chambered in .357,  I pack it filled with plus 'P' .38's. Hollow points. The trigger is to die for, as they say. This is a file photo, mines prettier....

I've just set a pot of tea to the flame. Not sure why but I find myself drinking far more tea than coffee while at home. Weird. 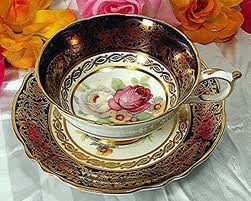 Many, many years ago, while in Africa, I had a fella make me a cup of tea. It had a green tint. Said it would make me strong and produce a great many children (as he offered his youngest daughter to me) and said I should drink the tea in one large gulp. It was thick with canned condensed milk and sugar. I did as he asked. I hallucinated for the next ten or twelve hours. Headache like you wouldn't believe. When I awoke my wristwatch was missing and my day pack had been searched. When asked what in the hell he'd given me he just smiled and said a long life. The girl was all smiles. Don't ask....

Just before her death I took my mother to British Columbia, Victoria. She collected tea cups. Victoria is famous for its bone china. She was in tea cup heaven. Before we left, I swear, she had at least one of everything, including porcelain tea bobs. I'll never forget the trip. She smiled for a week. Died a few months later. See, this is what happens when one can't sleep. Memories are killing....

I need to get away for a while. Take a trip. Zone out. I never use the term, vacation. I've never taken a vacation and returned home rested. Never. It's a myth. Now, I've taken many trips and found them relaxing, peaceful and at times even enjoyable. But never restful.

It's time for us to make our annual trip to Cedar Key. Spend some time kicked back with a good book in my lap. Snoop around the place and find the best local fresh seafood market and utilize the condo kitchen and make a meal worth my time and efforts, screw restaurants. Watch the boats slip in and out of the channel, and hopefully, sleep as the thunderstorms pound the tin roof. I like to stroll over to the west side of the island and take a seat on the seawall and watch as the sun sets. For some reason its better on Cedar Key. Perhaps its the lack of people which leaves the island quiet - few vehicles, horns, sirens.

Unfortunately, for the first time in my life, I now find myself with health issues. The rest of this month is heavily scheduled with doctor appointments, and now I understand they want me to take rehab. I asked for what reason. I'm fine. No, they replied, you had a heart attack. Big friggin deal. I left the hospital the second day, feel fine, and damn sure don't have time for three time a week rehab sessions. Anyhow, Cedar Key is off until at least May or June. Damn it. 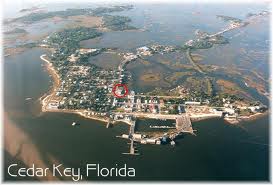 Not sure what the problem is with my wi/fi of late. It cuts in and out...ticks me off. I wanted to run over to my friend Matt's new blog and provide a link and tell all you good folks of his return. I'll try later this morning. If I must I'll post this and return and edit for the hot link. Not sure if the problem is my system or Comcast. My bets on them...

Done, please take a moment and run over and say hello. He's a nice guy and a fine friend.

Sweet Wife just came in and asked if I'm okay. She worries about me more than usual. Bless her. I dearly love her. I stole her, as 'they' used to say, from the nest. She's six years younger. Just a baby. We met at a local festival; her all blond wearing heels in tight jeans. She didn't stand a chance. Ah, youth.

At that time I had a small apartment on the beach a few miles and in another town north of here. She lived out of state. I spent many a late night driving home from her parents. I'd find myself hanging my face into the cold morning air, while driving like a maniac, in the wee hours of the morning, in order to make it to work on time. My first phone bill, after I met her, was six hundred dollars. In real money....think about it. She liked to talk. Then again, what woman doesn't.

Hey, I need to hit the shower. I truly hope you have a great day.