Take It or Leave It, Part One

First allow me a momentary and rare rant on gun control then I'd like, with your gracious permission, to give you, my readers, a bit of advice.

No law can require the individual to prove he or she won't violate another citizens rights in the absence of evidence of same.

But, this is precisely what gun control laws do. Gun control laws use force against the individual in the absence of any specific evidence that he is about to commit a crime. They say to the rational, responsible gun owner; you may not have or carry a gun because others have used them irrationally or irresponsibly. 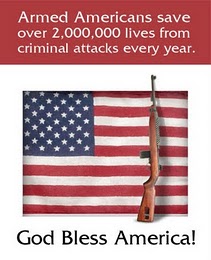 What's my advice you ask, well, it's kinda simple - keep your head down. You're a target. Not only for the government thugs among us, with the intent to restrict our Second Amendment rights, but also thieves.

There is a lucrative market in America today in firearms, stolen firearms. The fear of gun control has had awful consequences on the firearms market. When Springfield XD handguns are listed for private sale at two thousand dollars, thieves take notice. Yesterday alone, here in the River City, six homes were burglarized by moon fleas in search of firearms. In one of those homes a closet full of long arms and several handguns were stolen. I'm willing to bet within an hour each of those hot weapons were sold on the underground market. Not one of those home owners utilized a gun safe.

They're watching you. Every punk, moon flea, democritter, and junkie wants your firearms. So when I say, 'keep your head down,' I mean it. Take my shop for instance. If I had a nickle for every man that has walked inside and loudly given a complete inventory of his gun safe or closet to complete strangers I'd be able to purchase several rifles at today's current prices.

Remove your Buckmark hats. Rip the Remington patch from your jackets. Store the camo pants and shirts, and for goodness sake don't write your local paper and bitch about gun control and sign your name because you've just placed your home on the map. Google isn't your friend.

Blend into the landscape. Pretend you're a poodle walker. Restrain from the over the shoulder sweater and pink shirt routine...there are limits.

As much as possible make it difficult for the moon fleas when they enter your home.  Buy, if possible, a gun safe. Any brand name. A large one. Cram that sucker full...stack your weapons tight. Uncle Joe's old Winchester tucked under the bed will not fool the professional thief. When they enter your home the first visit is to the master bedroom closet. Then, they bend down and reach under the bed. And yes, they search beneath the bed cloths and mattress too.

Gun safes, if loaded properly and secured to wall and floor, are damn heavy and difficult to move. Most thieves, not all, will not take the time necessary to break into a well made gun safe. Gun cabinets, on the other hand, offer little resistance. 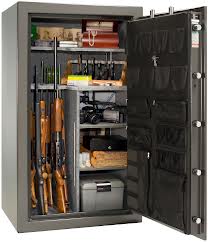 Second piece of advice. Buy, accept, take if given, any firearm offered to you hence forth. If it works, grab it.

We haven't the ability to predict the future of gun control. Yes, we can make an educated guess but in the end the Left will hurt us. The point is, prepare for any eventuality.

If you've shopped for ammunition of late you have probably found the store room bare. I checked last evening and all I found was 'out of stock, no back orders accepted,'other than the time honored and very useful vintage loads. When's the last time you broke out Grandpa's old thirty-eight special...? A wise man or woman would say to themselves, "Hey, that little baby could just save my life."

Forget the 5.56 NATO and concentrate on the always overlooked ammunition of our past. If funds allow order a few hundred rounds of .38 Special and .357. Think about Uncle Henry's worn 'thirty-thirty.' How many boxes do you have set aside for the old beauty. It's the over looked calibers that may one day save your bacon.

Tuck a few boxes in the safe and smile because I'm willing to bet we will have a tax slapped on the purchase of ammunition very soon indeed. Every Dick and Jane out there is bashing their heads against the wall in the vain search for the always popular forty-five and nine millimeter loads as you sit back and smile with your stash of thirty-eight special and that extra case of twenty-two long rifle.

See you later with part two.

Thanks, Dan, for the tip.