The construction outside my shop is giving me fits. The noise is awful. The workers are busy with the installation of new water transfer and distribution lines. As they lay the pipes one team moves in and compacts the soil by vibration...which in turn shakes my building. The vibrations are so bad it shook light bulbs from overhead fixtures. Imagine how I feel.

I complained to Sweet Wife. She said, "Honey, unload your gun." 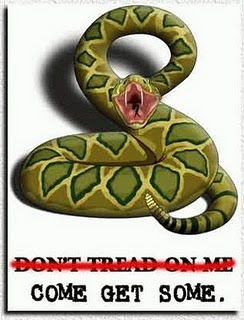 Light bulbs aren't cheap. This construction project has cost my business in more ways than just the loss of light bulbs. I'm sick of it.

I did not watch the Super Bowl. I read. Many, here, have asked why I don't like ball sports. My standard reply is something like, 'it's boring,' or 'don't know,' but really in truth, well, I just don't find it interesting. 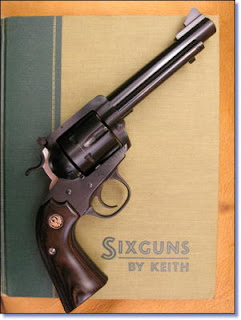 I've always felt field sports, in any form, would be far more interesting and fun if only firearms were introduced to the game. Until then, I'll read, thank you very much indeed.

An old timer just came in and asked for assistance. He'd just purchased, through private sale, a new to him Para P-12 .45. He removed the handgun from its case and demonstrated the fact he could not slide nor lock his handgun. The poor man grunted and turned red in the face from the effort. He's seventy-five, a Marine, and I knew the fact he'd asked for help was both humbling and humiliating.

The springs on P-12's are strong; its a small framed firearm and it indeed takes some effort to slide and lock. I noticed he had small hands and used only his forefinger and thumb of his left hand. I corrected his grip and told to push down with his right hand. After fifteen or twenty minutes we had success.

It's fun to watch a man swell with pride. I think he walked out on a cloud of air; big smile on his face. Bless him, so far he's made my day. 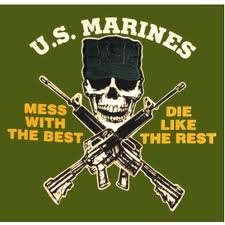 Today, if you run across (or into) an older Marine shake his hand or throw him a man hug. They've earned it.