Just glanced at the calender and realized it's about two weeks until September. Where has the time gone. The old adage is true, you know the one, time and age. Trust me.

Speaking of age, my best friend, Duke, has posted an excellent article on age and tools. Sally forth and read. 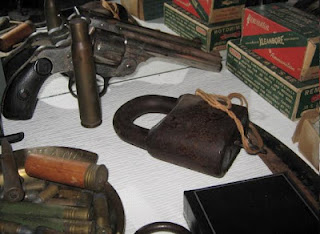 I'm not sure why but every now and then I have an urge to clean firearms. This weekend I walked out to the garage to do just that, clean guns. One thing lead to another and I found myself cleaning debris from my reloading bench. Three hours later I finally had two rifles cleaned and a few hundred extra rounds of ammunition I found under the clutter. Don't you just hate it when you find five extra boxes of ammo you weren't aware you'd purchased and had forgotten.

Guess it's time to sort ammunition.

Billy just left the shop. He's a funny fella. He'll walk in and say something like, "Hey, Stephen, you got any guns for sale?"

He'll throw a smug smile on his face as always, I mean, always, and say, "No, just give it to me." 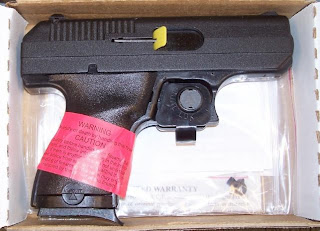 He left with a Hi-Point C9. Just stuck it into his back pocket and paid with cash, just like that...

As he walked towards the door he yelled, "Hey, next time I want a pump shotgun."

Late Sunday night Sweet Wife's back went out. She's always had a problem with her lower back. Pain like you wouldn't believe. 0400 found me driving her to the emergency room. I practically had to carry her from the house to the car and when we arrived at the hospital, to emergency.

Nice young nurse escorted us to one of their rooms. We waited. Two and a half hours later a doctor, nice older lady, came inside and examined her. Said, "Oh, my goodness, you must be in some awful pain."

Doctors, they're bright you know.

Hung an IV. Pain didn't diminish. We waited another three  hours. (side note here...never forget your Kindle) Doctor returned. She took one look at Sweet Wife's face and said, again, "Oh, my goodness, you must be in awful pain." Six years at University and several of residency makes for a very bright doctor.

They gave her a shot of morphine. Wrote scrip for muscle relaxers and pain medication. The doctor left and we waited. Remember, we'd arrived at 0400. Five and a half hours later and we were on our way out the door.

As I helped Sweet Wife to our car she turned to me and said, "Thank you for not losing your cool in there....I'm proud of you."

"Well," I said, "It isn't cool to shoot doctors in confined spaces, there's no place for them to hide." 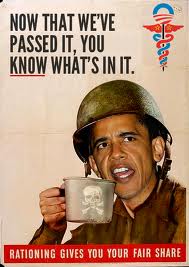 They told her to take the day off....

Hey, time for work. Take care out there.