We've just settled in for the evening after a fine dinner of last nights leftovers. It's been a productive day. I cleaned the garage, and with my wife's help, climbed the ladder to the attic and made room for junk that's accumulated over the last few months.

After I cleared and organized my work bench I took out the next Coleman stove on my restoration list. She's another 425C, an older model with folding red legs. Oddly enough I can't find a date stamp on the ears. Strange. Anyway, another project is underway.

Warning - I'm about to post a string of pictures..a whole dadgum bunch, be warned.

Before I forget here's a few photos for Vicki. She, and another reader, expressed interest in the little Coleman 502. Vicki, here's mine with full  kit and papers. I also took a few pics of my tiny Canadian baby, a Peak.

Here's the 502 with the smaller of the two cook pans atop. The lid serves as a fry pan and the bottom as a deep pot. 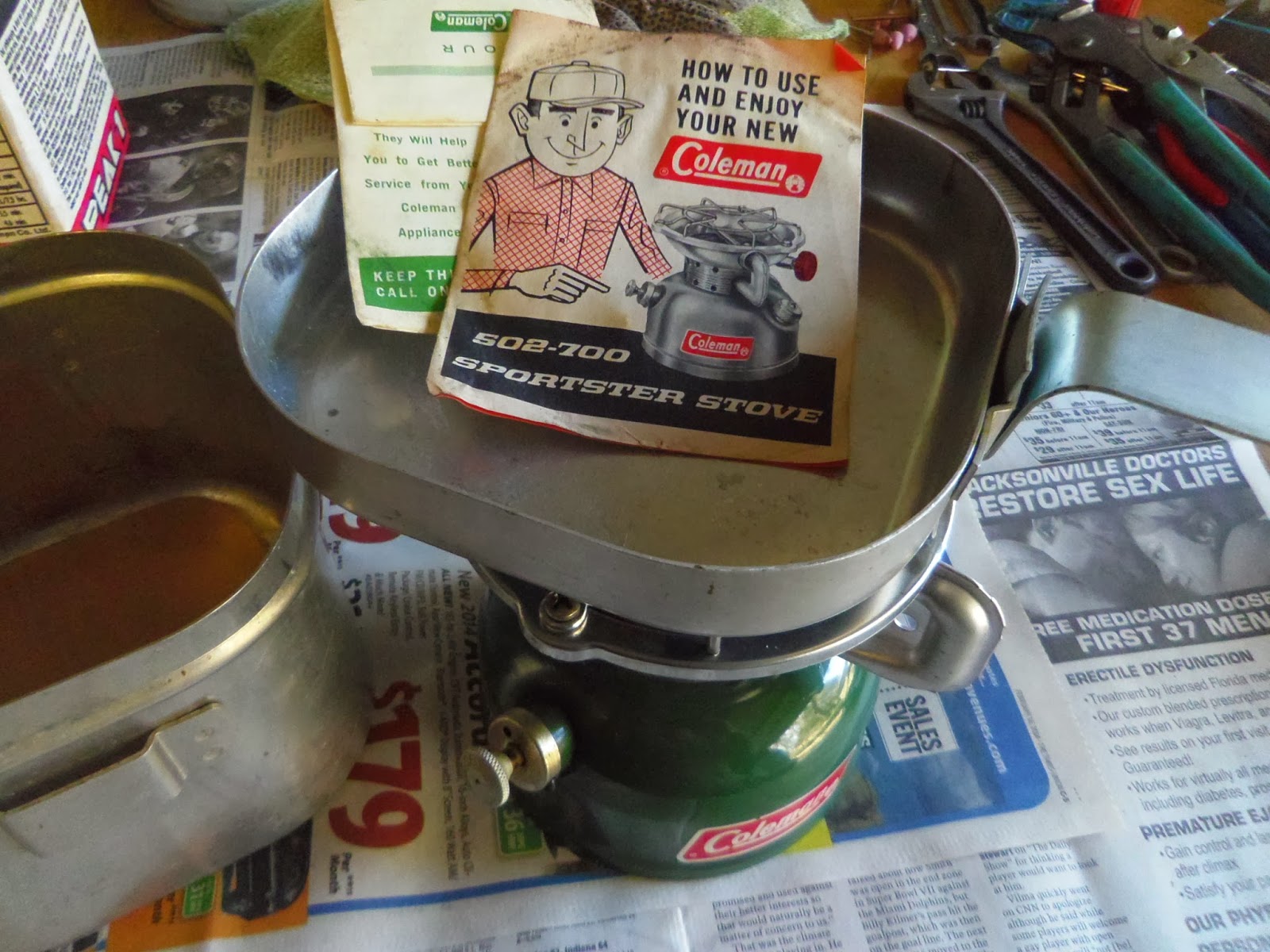 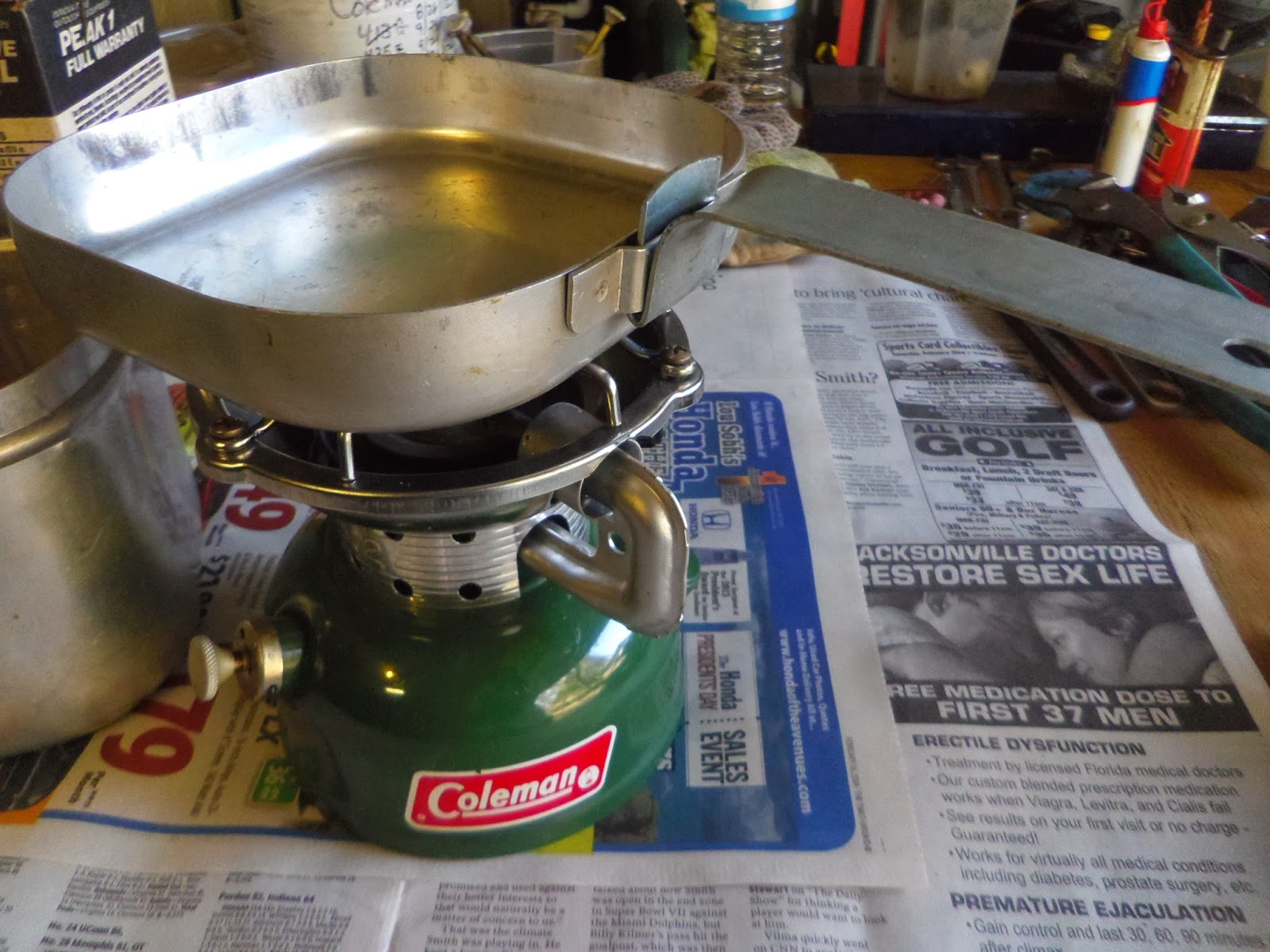 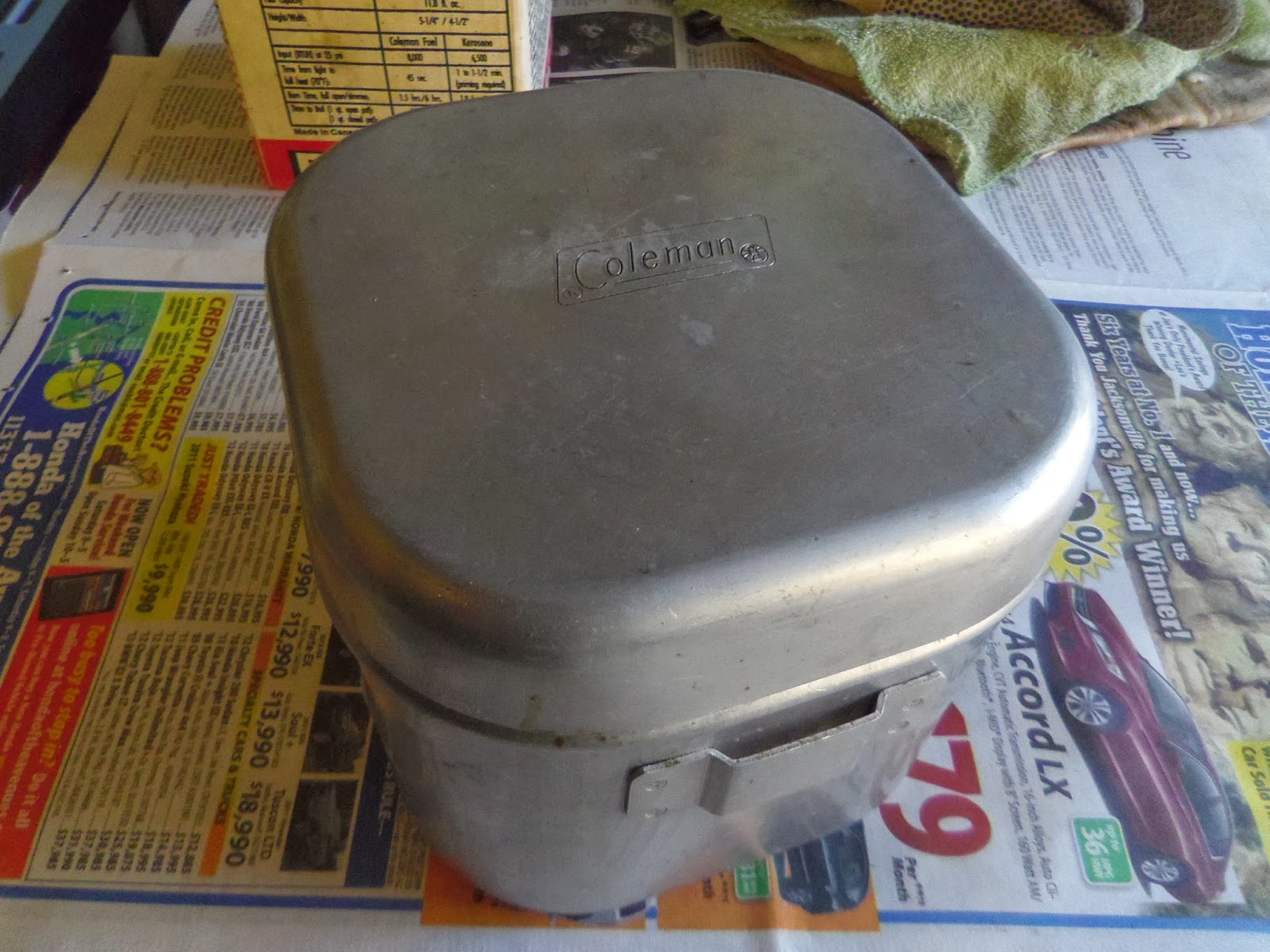 Above - she's tucked for travel. 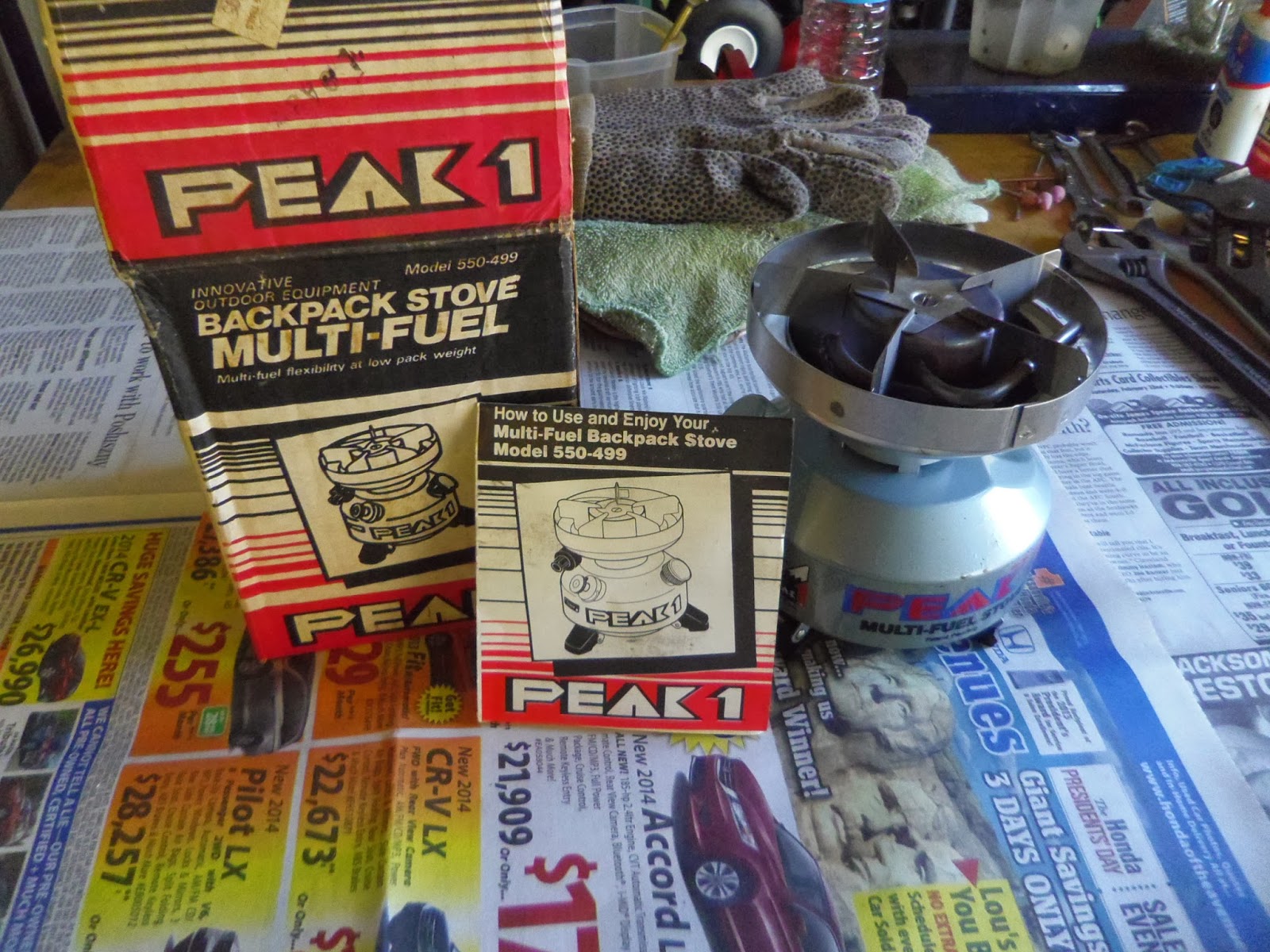 Since I found this little booger with a bit of fuel in the tank I set match to flame. I normally keep the tanks empty. It isn't good to store fuel in the stoves when they're stored. 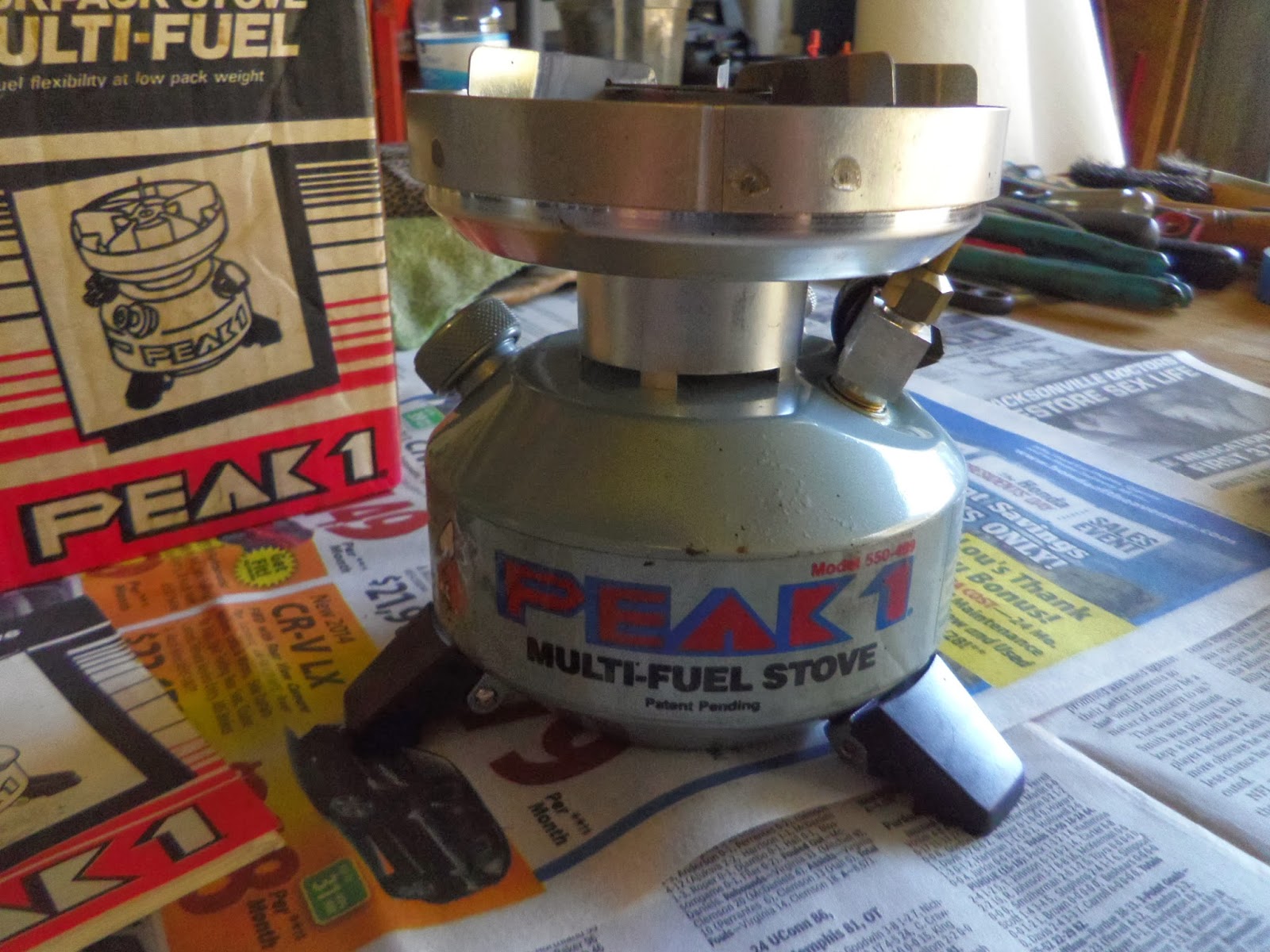 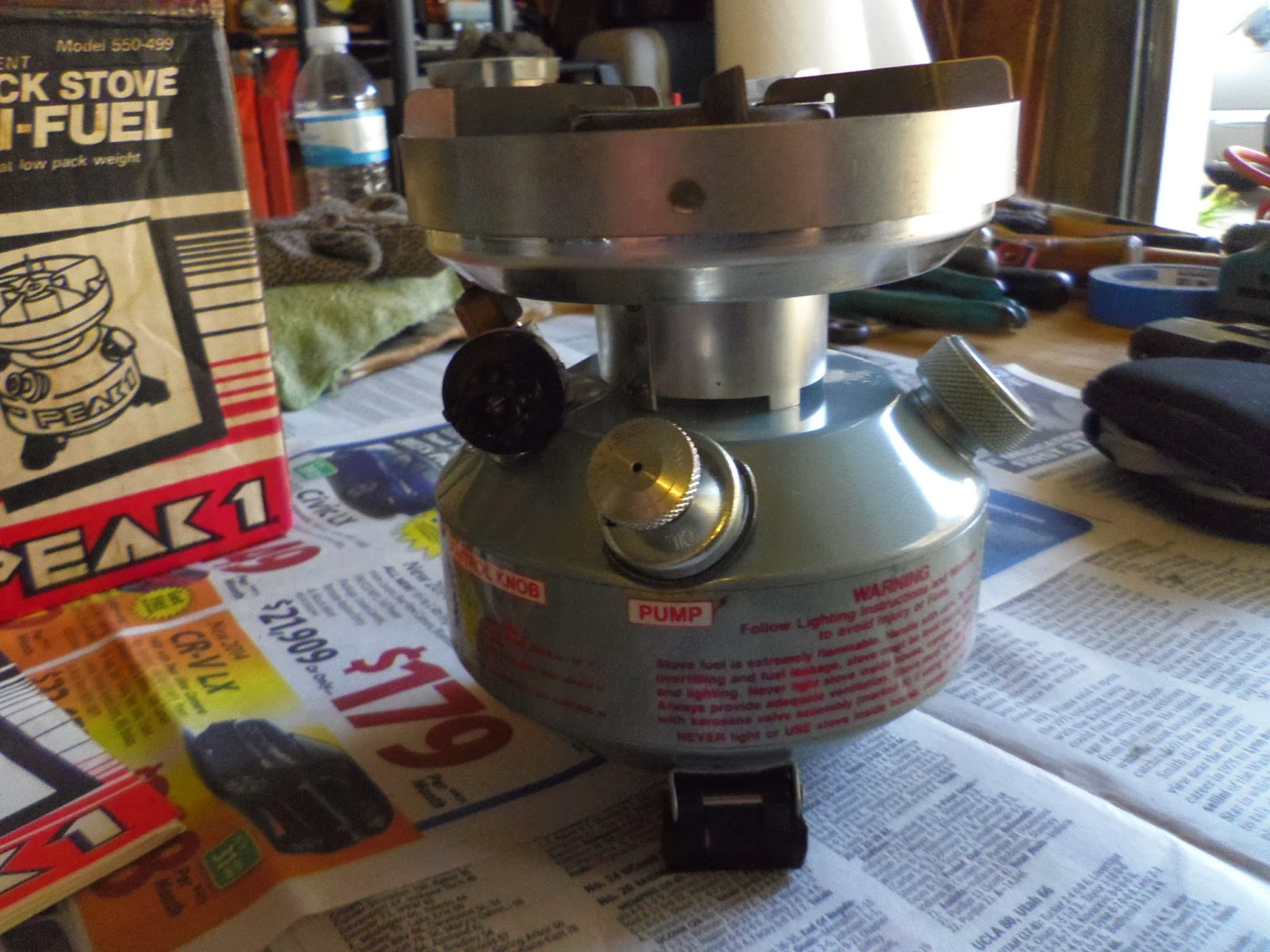 Peak is a product of Coleman Canada. They're readily available on Ebay. When lit these little babies really roar and will boil a pot of water lickety-split. 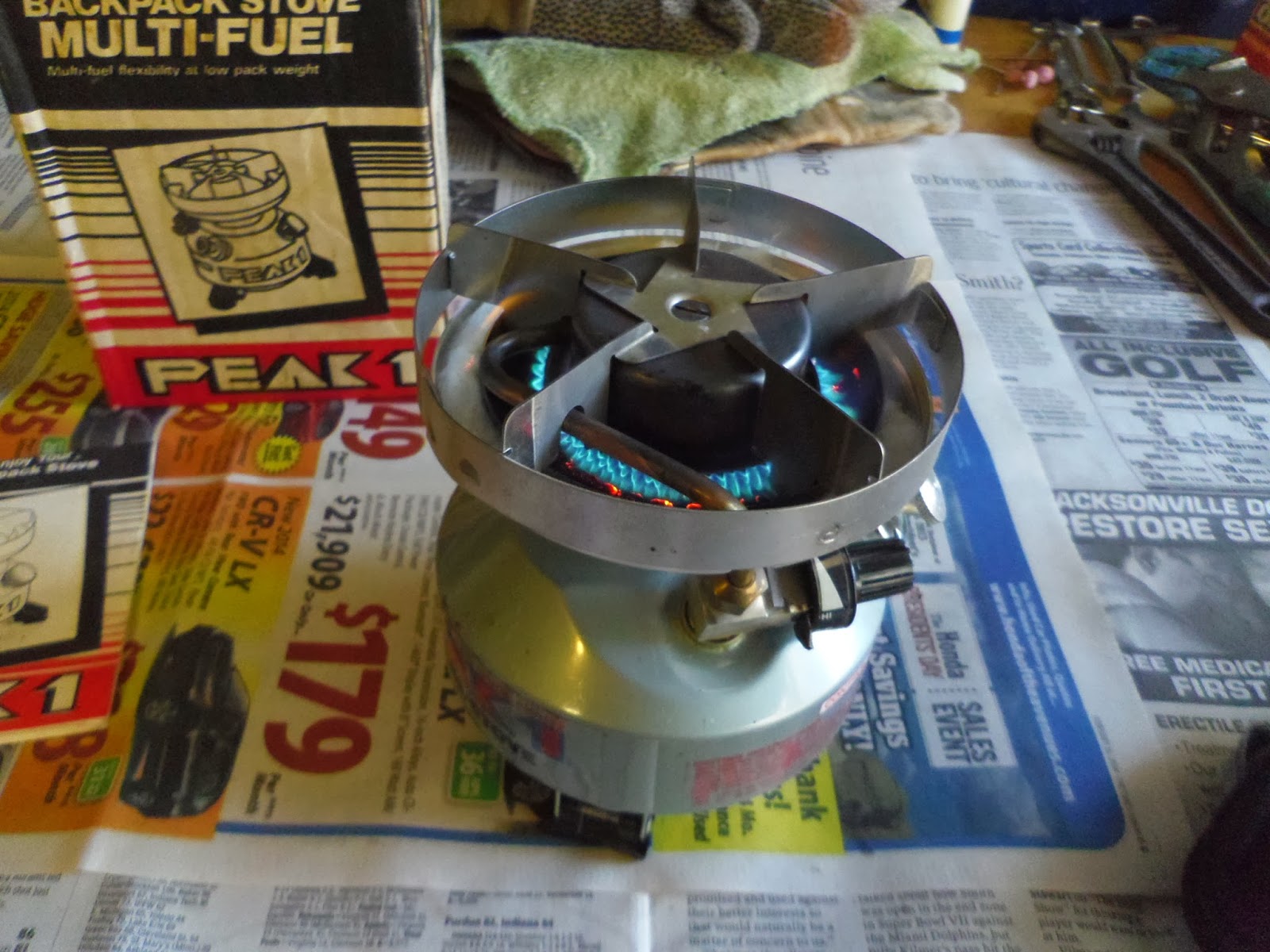 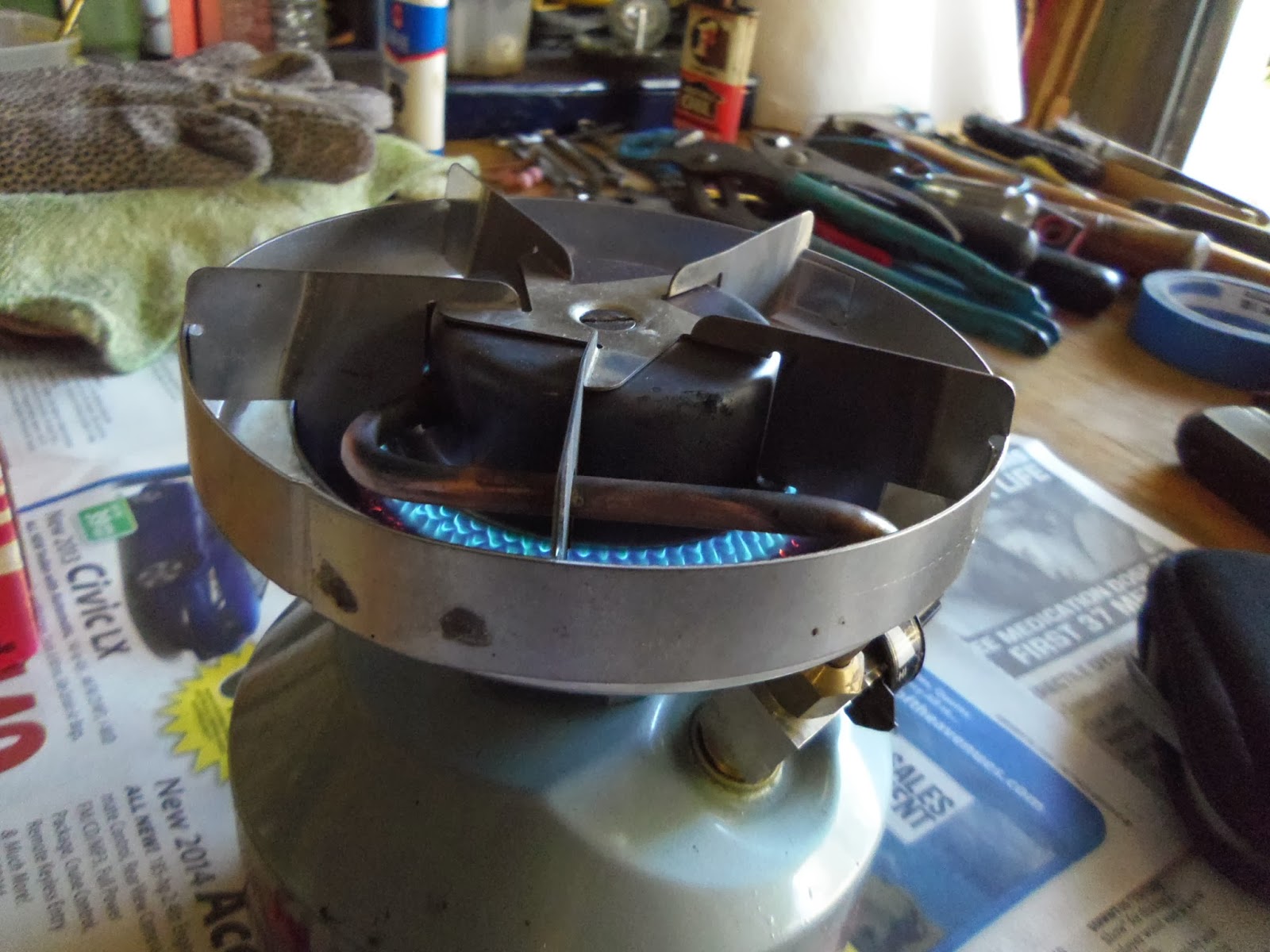 I spent the rest of the day at work on the 425C. Here she is, in parts. One of the previous owners, obviously an Obama supporter, slapped a heavy coat of paint over the original finish. Sure didn't make my job any easier. 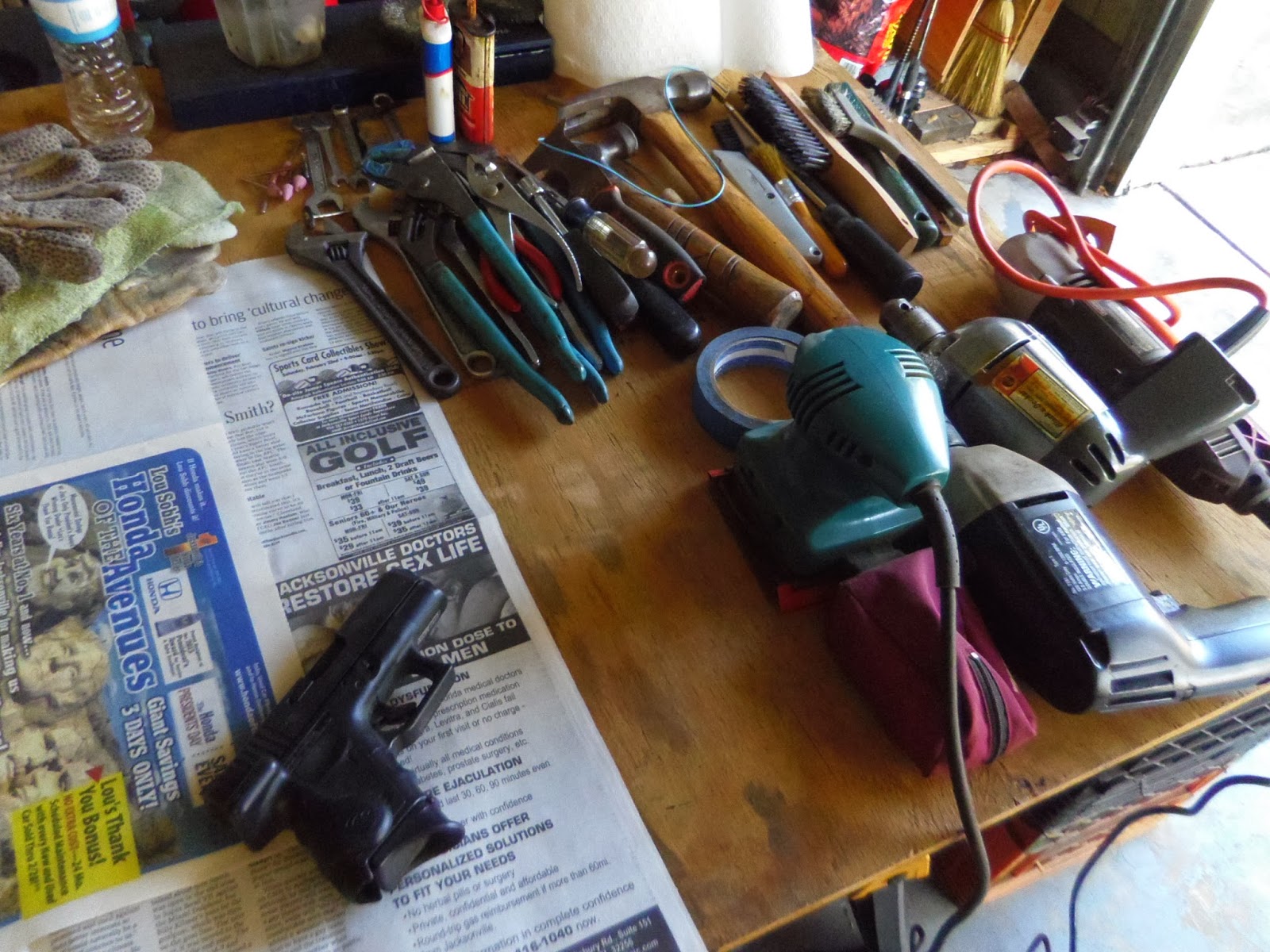 Above, my temp work table. Don't mind the Glock as I was expecting a Craigslist buyer. Hey, you never know...
Below, ugly isn't it. The body is beneath the lid, tank behind. 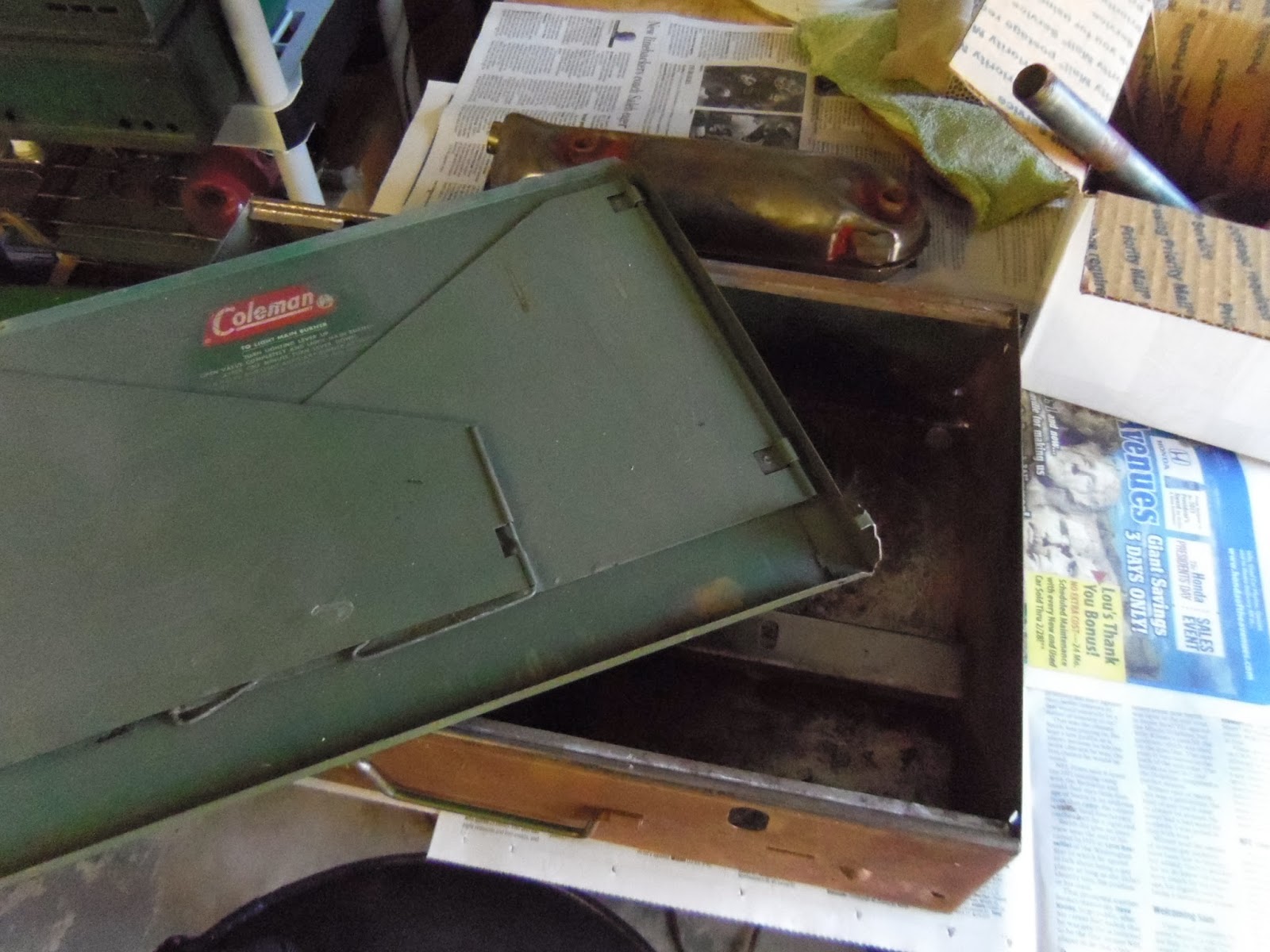 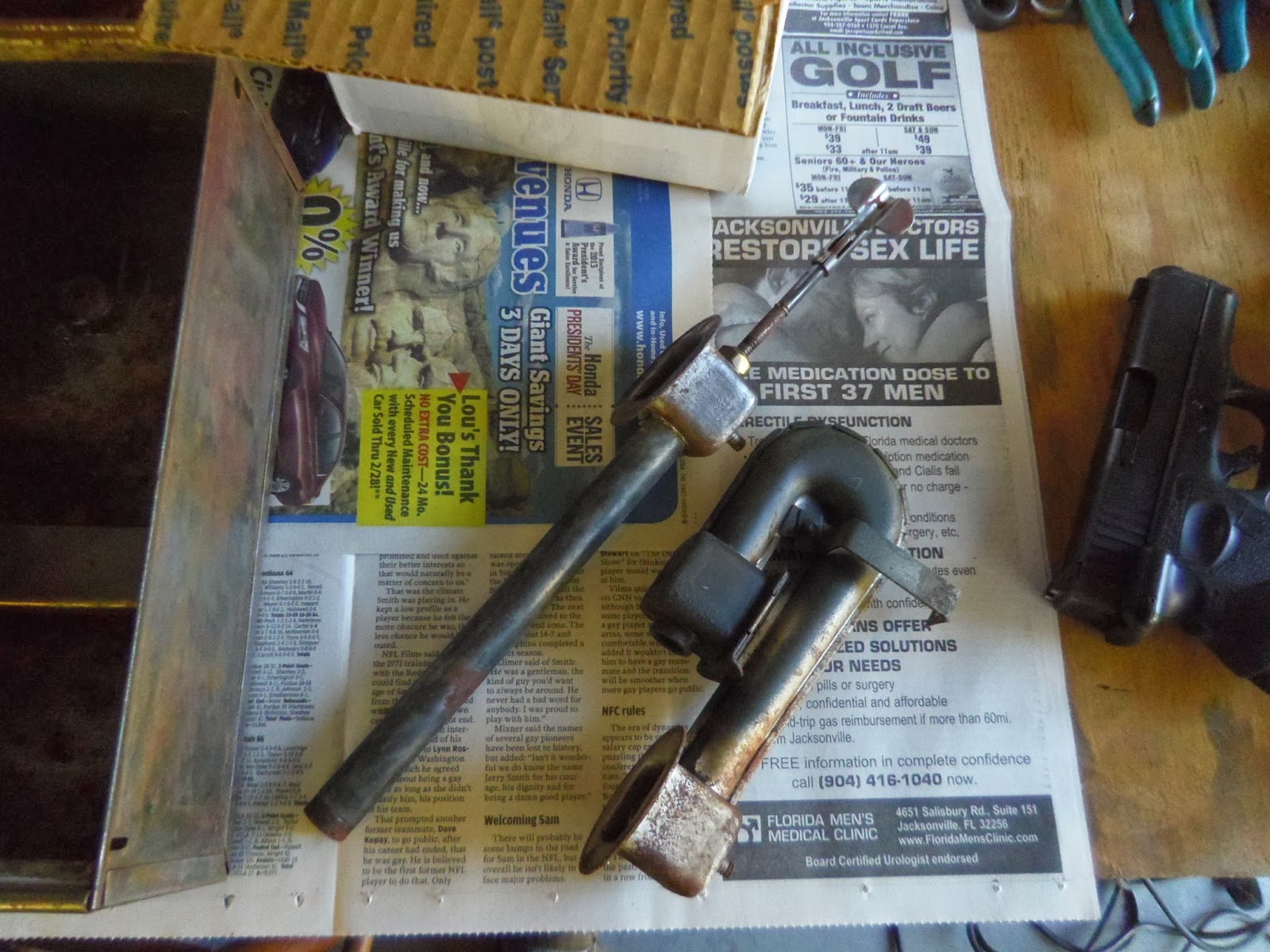 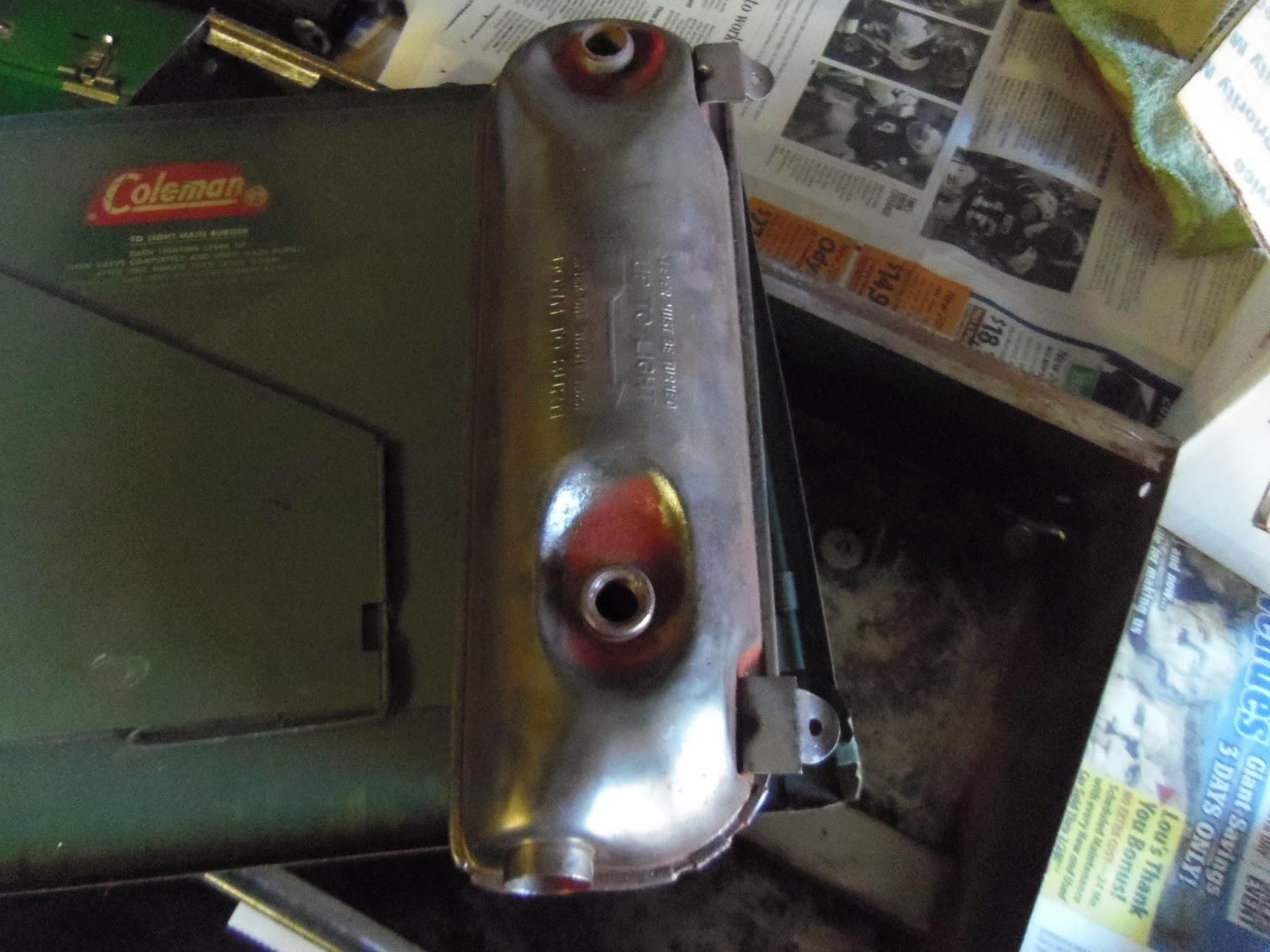 Above, the tank partially striped. About a days worth of labor yet before it's ready for primer. 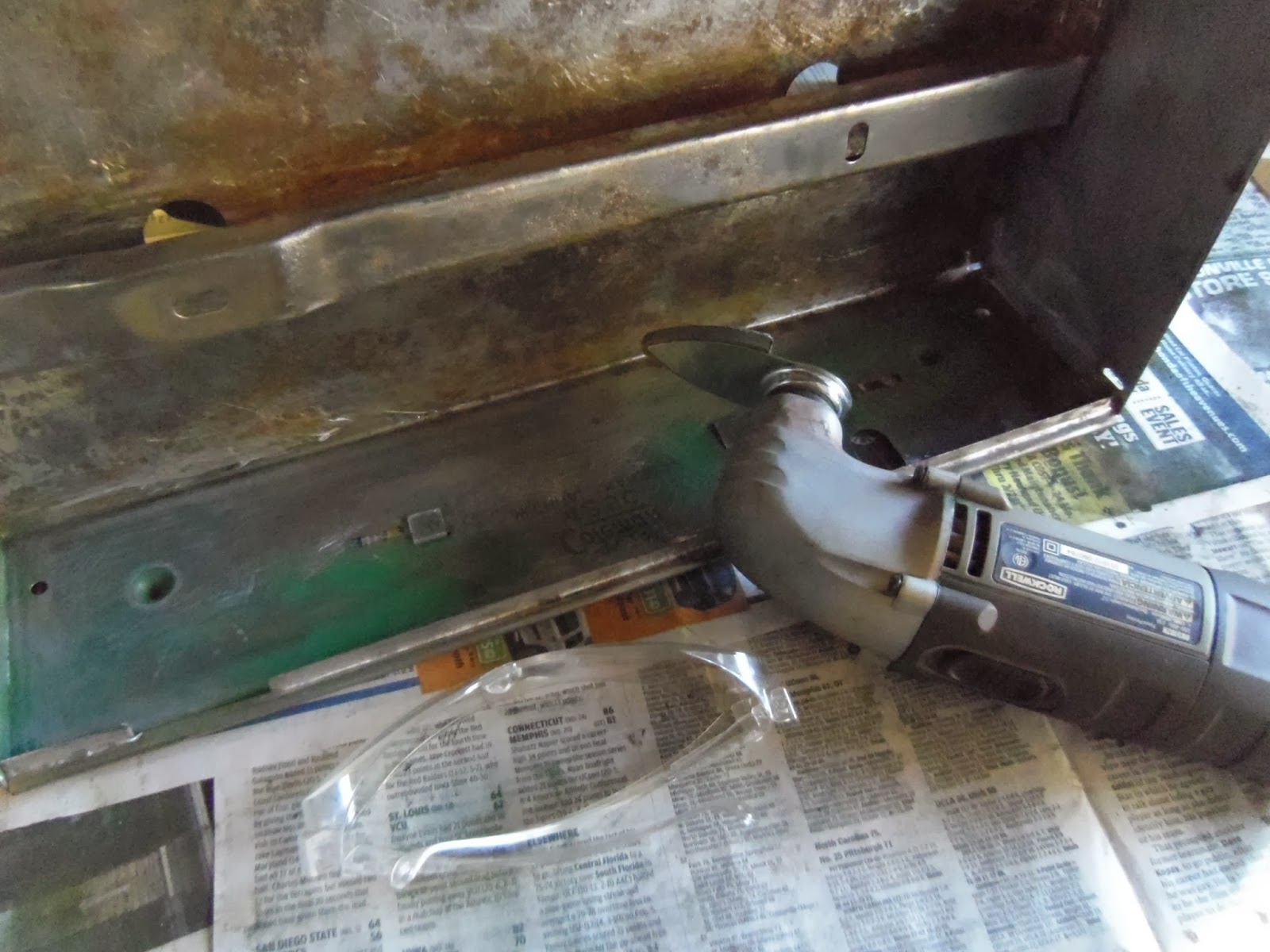 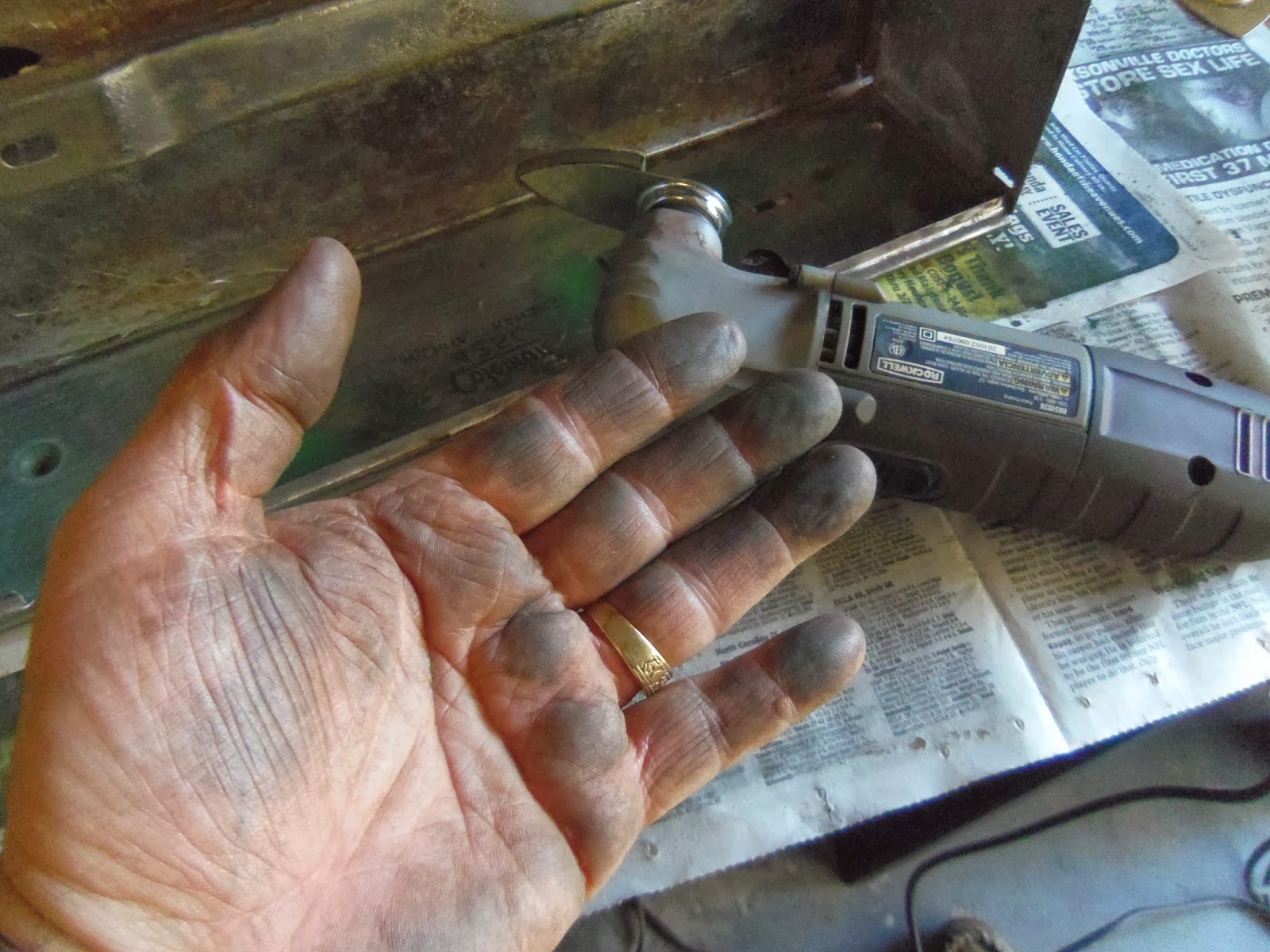 It's a dirty job.

Several hours and two cuts and one skinned knuckle later we arrive here. The first coat of primer. 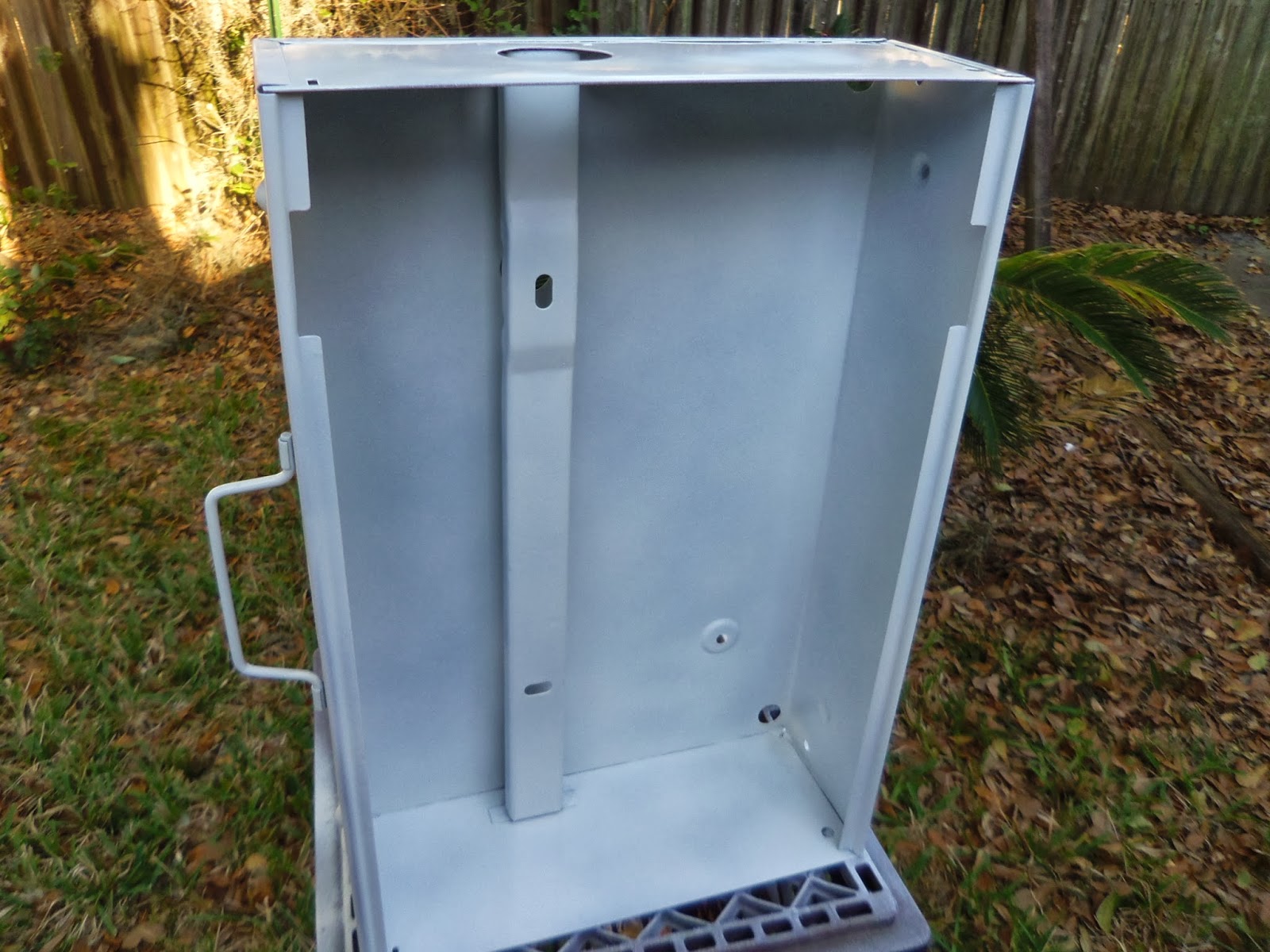 Now, let's change gears. Like many of you out there I keep strike anywhere matches in my preps...several cases in two different sizes. When it came time to fire the little Peak stove I went inside and broke out a small case of these... 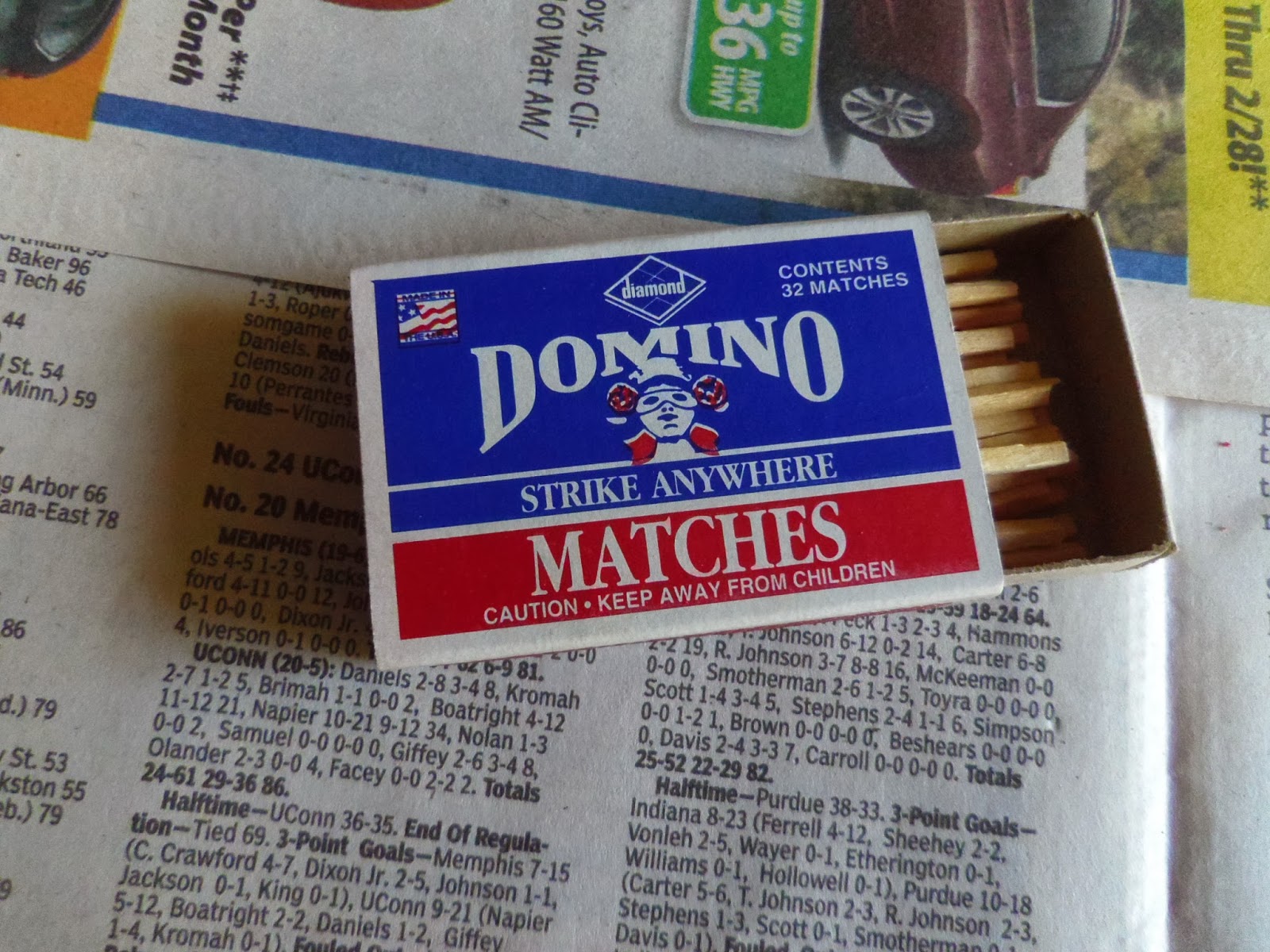 Then proceeded to lite a match....it took four attempts to make fire. They fizzled, sputtered, glowed, but failed to flame. The fifth match worked. 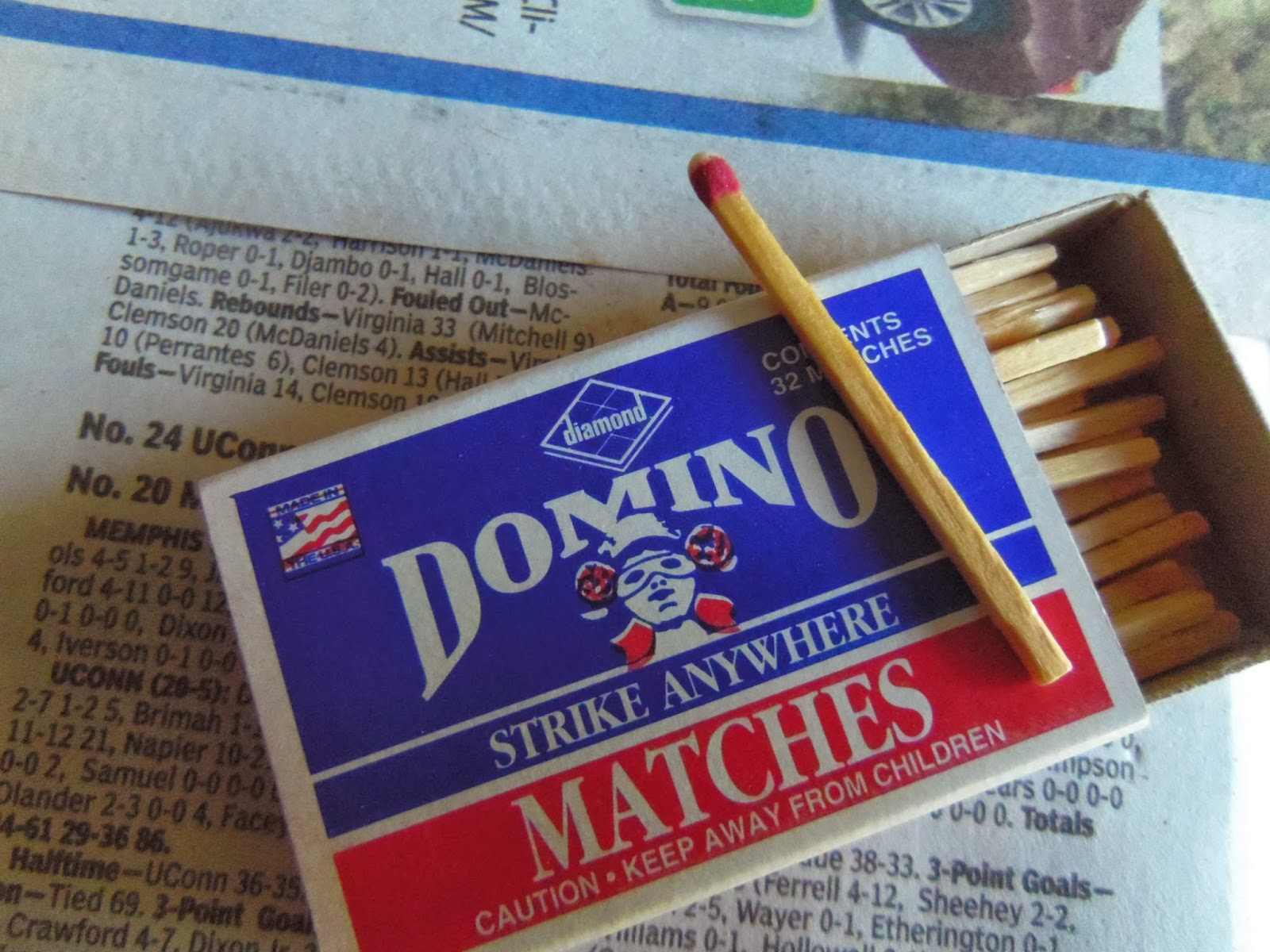 Be warned. These matches have been sealed and stored under climate controlled conditions. Word to the wise.

Like I said, it was a nice day. The weather was perfect and with the garage door open the wind felt fresh and warm. I was able to take the generator out and freshen its fuel and put a load on it for twenty minutes or so. Then there was the fact I had a day off work and didn't even miss it. The time spent with my wife was priceless.

Now, I'm aware for many of you out there this restoration stuff is boring as all get out...sorry. If anyone is interested I'll try and document my progress on the restoration of this little camp stove. It'll take time as I will only work on her in my spare time - probably evenings after work and Sunday afternoons, Lord willing.

Enough I will have something to say, or not. Kinda easing into the day...fella is on his way over to hand over a few federal reserve notes for my old garden tiller. Other than this bit of action I might clean and put away tools and organize my work bench.

Sunny and sixty-six this morning. 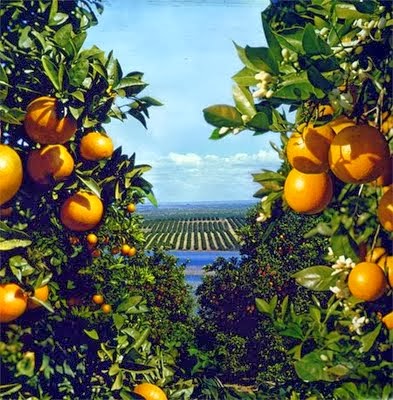 By the way, Xavier is back in action. H/T to Bob.