To further your government education. 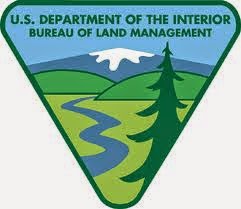 Not At My Door

As is my every morning habit I stepped outside the shop and sipped my first cup of coffee. It was a beautiful day of bright sunshine and cool gusty wind with a scent not unlike honeysuckle. I felt good until I heard the slap.

It was a older man, maybe fifty or sixty, and appeared to have just crawled from beneath the local park dumpster. Greasy, dressed all in black, his light t-shirt ripped; he drooled, so much so a puddle had formed between his black chucks. In his right hand he held a needle. He used his left to slap his exposed right vein. The syringe, I'm sure, held the poor old man's nirvana

On my bench in front of my shop. Not gonna happen.

I didn't yell. I simply pointed my cup of coffee in his direction and gestured. He glanced my way and reached and took his plastic bag and shuffled to his feet. He then placed the vile of death, that dirty syringe, between his teeth. Another creamy stream of slim dropped from his mouth. The old man slid his watery focus on me and shuffled toward the sidewalk.

Two steps, stop. Two steps, pause. In the meantime school children boarded the bus. Six steps later and midway my parking lot he again stopped, dropped the plastic bag, quickly removed the needle from his mouth and slapped his arm.

This time I yelled, "Get the hell away from here."

Drool dripped. Then, "Okay, you have a nice day." 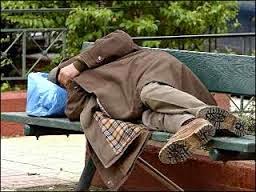 They, the pimps, hookers, meth heads, crack girls, and this addict all materialize from the park across the street. I have grown to hate this park with its swings and slides and fountains. The tall pines and birds and squirrels are fine. The rest I'd blow to charcoal if given permission. I'd tear down the public restrooms with its picnic benches and little cast iron grills and especially the fountain...its nothing more than a democrat outdoor shower.

Just last week one of my friends yelled, "Hey, Stephen, you gotta see this..." I walk over, he points towards the swings. A young black woman sat on a swing with her arms wrapped around a man's waste. She held him very close. He had his shirt tail lifted, his low-rider shorts lowered to half mast and ever so often she lift her head and check the surroundings as she preformed her service. This in spite of the fact not ten yards away children played.

The old smack addict slowly worked his way onto the neighboring business property and tried once more to shoot his junk. But this time he glanced in my direction. I simply yelled, "No."


I propose here and now the States issue all veterans and former military a lifetime license. This license gives discretionary powers to all holders to shot on sight any booger we deem worthy of lead poisoning. Not an open obligation. Limit the harvest to ten (10) boogers per day, with ear tags, and rollover. If said veteran only fires five shots on a given day he's then allowed to carry over the other five and tag fifteen critters the next - and so on. 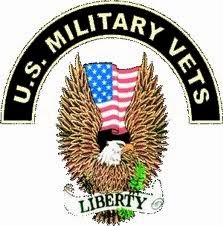 I guarantee crime stats will drop like a rock.

The poor old sod finally reached nirvana the next street but one.