Not sure what it is about me and slings, but I like them. I don't care if it's a shotgun or rifle I'll have a sling on it sooner or later.

I make my own. It's always during the quiet of the evening. I'll read a while, get antsy, set aside my book or Kindle and reach for my current project. Currently it's the little Rossi that came home with me last week. She needs a sling.

Years ago I began hand knotting survival bracelets from 550 paracord. It keeps my hands busy. So it was an easy step for me to make slings for those weapons of mine tucked away in the safe not fully dressed. I could almost feel their shame, naked as it were...

I've gotten in the habit of sling construction with the first knot attached to the rifle. I'll knot until I've reached the desired length. Some projects take days, even months. I might tie six knots, set the rifle aside and read an hour, grab the rifle and tie twenty more....there's no hurry. It'll get done, eventually.

Pick your nose while I pull up a picture of questionable quality... 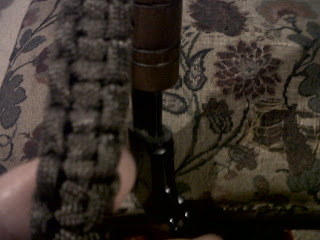 As you can see the picture above was taken with my Dingleberry in low light conditions. Anyway, there's the Rossi and my sling. I might, not sure, retie a another layer over this one. The boys out there have named this pattern Cobra. A second tie will result in a (go for it) King Cobra. The single knot shown is sufficient for most applications. Just make sure the length allows you to throw a 'hasty' over your elbow for stable sight alignment.  Here we go, another poorly taken photograph. 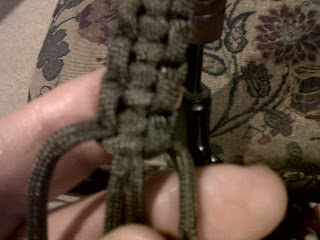 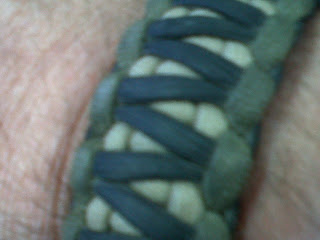 Above, an awful shot of my three (or four) year old bracelet I wear daily. I made it from three (as you can see) colors. I guess it holds close to forty or fifty feet of cord. Very useful in a survival situation, think tourniquet, shelter cordage, heck even fishing line if you break down the cords.

If you are interested in this quiet activity of mine run over to Youtube. It's loaded with 'how to's.' Just search survival bracelets and/or paracord. Have fun.

Email ThisBlogThis!Share to TwitterShare to FacebookShare to Pinterest
Labels: paracord bracelets and slings

She hits one out of the ball park.

Sally forth and read. 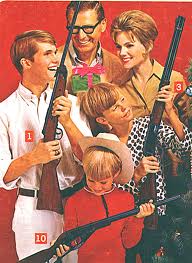 Email ThisBlogThis!Share to TwitterShare to FacebookShare to Pinterest
Labels: Tam

I just love it.


Where is your carry piece....

Email ThisBlogThis!Share to TwitterShare to FacebookShare to Pinterest
Labels: Gunny and Glocks

To my new follower, Herbalpagan. I promise to always reply to your comments. You've just made my day. 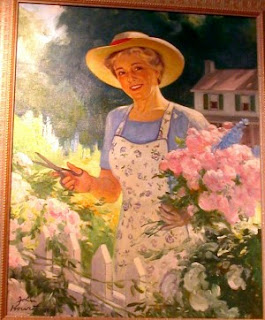 My new friend has a blog here. Please, run over and give her a warm hello.

Stephen
Posted by Stephen at 9:09 AM 7 comments: