To all you nice mall ninjas out there I'd like your recommendations and thoughts on a nice rifle light. What do you prefer and why? 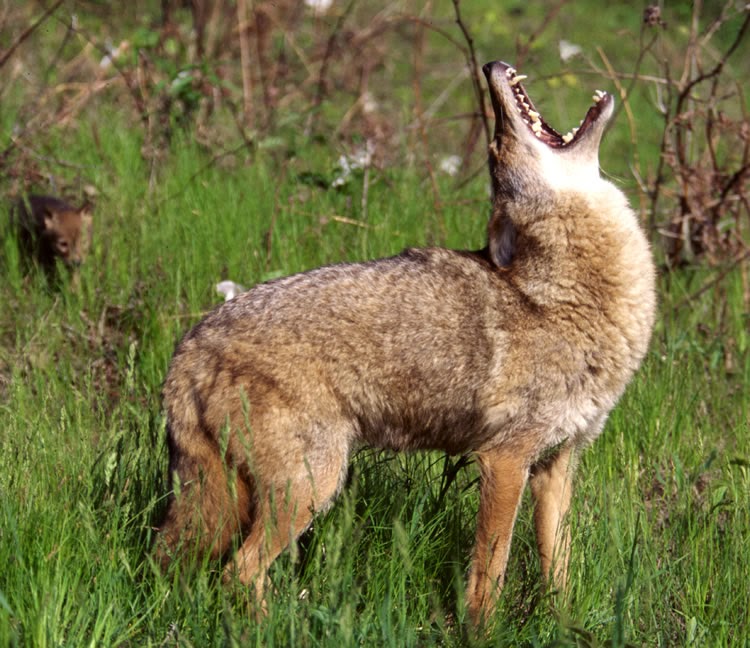 I'm in the mood to shoot coyotes. Care to join me, if so BYOA.

It's early afternoon and the shop's door is finally locked and the drive home is quick and easy and she has prepared a simple lunch and soon kisses are exchanged and then the nose of the truck is pointed towards the river. Take a deep breath.

The word is, expect wet. The late winter and now spring rain has so soaked the ground even frogs pack snorkels. Overcast, warm but green, our world. To drive and smell the freshness of spring is rejuvenating. Through the city traffic, a left on the expressway and then west on another and forty-five minutes later to northwards trek and the farm road is right there...lined with sycamores and brush. Then the gate is behind and I park, nose to nose with the horse.

Outside the truck I stretched and glanced around. Duke had backed his truck close to the front door of the Boar's Nest. Her husband, by use of four wheel drive, parked around back close to the range. Rebel too, since he rides a Rubicon. I played it safe and kept my rig close to Buster, the farm horse and only current full time resident. He bites, and has been known to fight coyotes, so I was certain he'd protect my truck parked as it was on the high and dry. 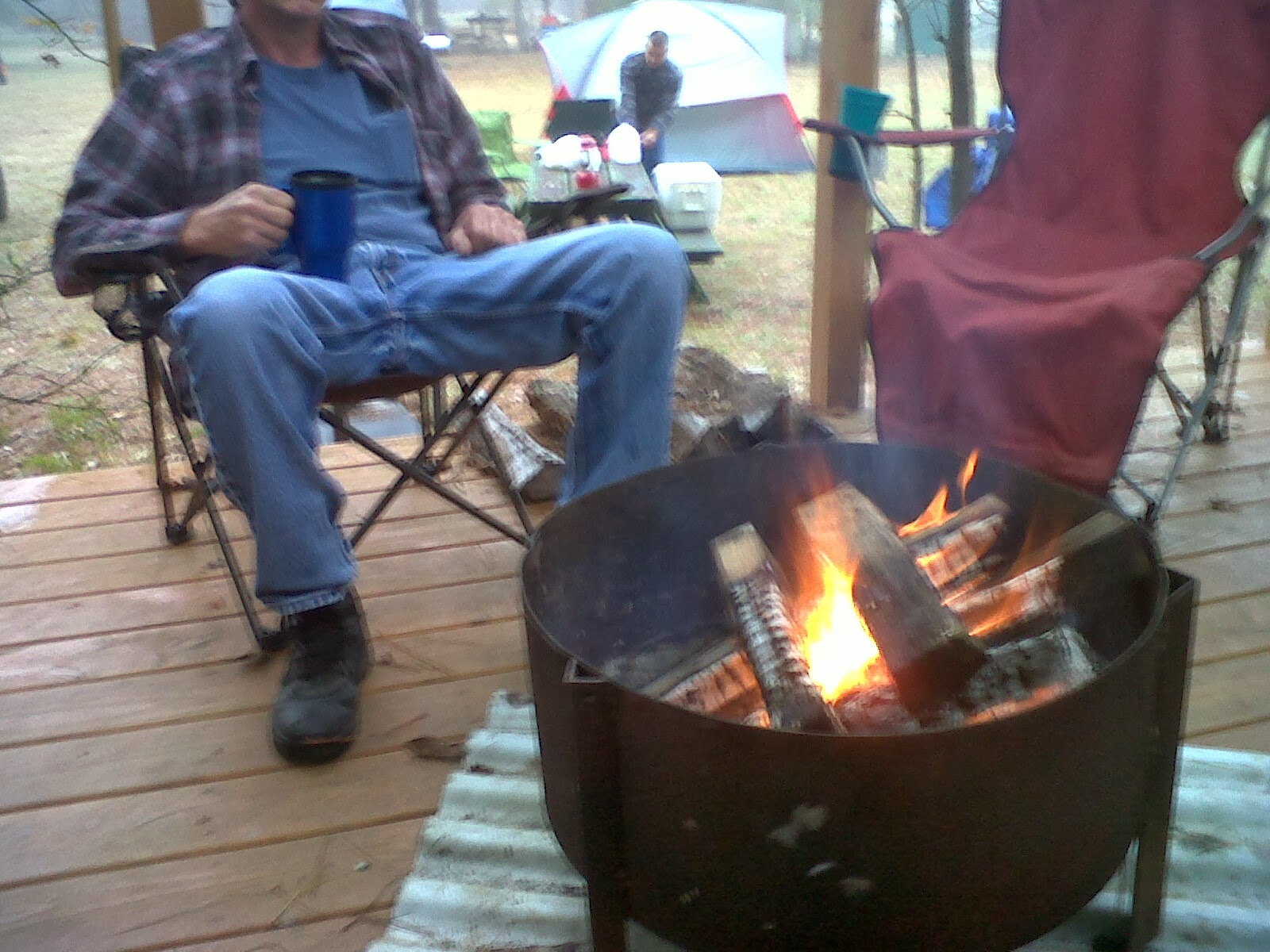 The land slops towards the river. As is its seasonal nature, the tannin stained water hugs and holds close the farm, and will if given the chance, claim its ownership of the lower pasture. Barbed wire fences offer little restriction. Luck was with us last weekend and the river blessed us and held close within the tree line. I unloaded my gear.

Inside the bunkhouse voices from the deck were subdued. I remember light laughter and one of my brothers (blood) stood near the old cast iron sink and we exchanged hand shakes and light sibling banter. He's several years my junior and understands his place. Within minutes of my arrival I slipped away and walked the range and stopped and put match to tender and soon a bonfire roared. Large fires and rednecks are kin.

With four members present we had our quorum and gathered at the range shed. Then, I remember the sharp scent of gunpowder. Range bags opened and unattended, brass gathered from the leaves as the bonfire roared and popped after Duke casually scattered several hundred rounds of old twenty-two in the fire. (Try this trick at a party and watch the flock scatter.)

As magazines were filled with fodder I remembered the warmth of sunlight, a flock of Robins as they searched the wet grass for worms, the treeline - Cypress limbs bare, the olive of Live Oak, the deep green of the wild Holly, the almost complete silence. I remember it felt good, just downright good this gathering of men, my friends.

Duke broke out his sweet old .357 Marlin, a rifle of a certain age...and I remember how it thumped. He feed her .38 Special rounds and it was nice to see the iron swinger jerk and dance as he fired. I remember how he was so very careful to track his brass, as was Senior when he put his new baby thru her paces. I remember the same careful control of brass when Rebel fed his Winchester the now expensive old, but tried and true, thirty-thirty rounds. 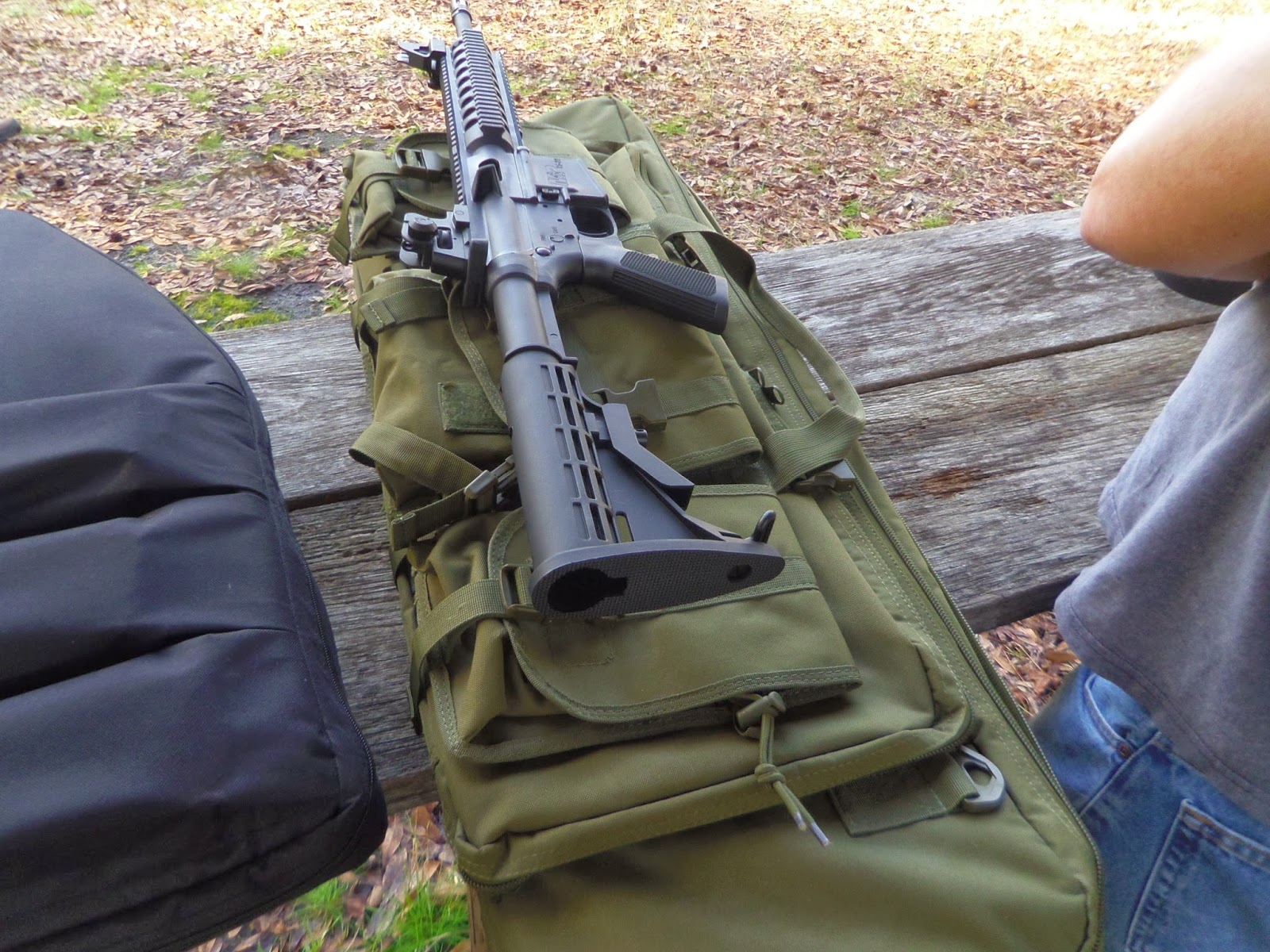 I remember someone, maybe me, commented how some day soon spent brass maybe as precious as gold. All agreed with grunts and sighs. The line went cold and boots scraped the leaves aside in search of brass as the warm wind tickled our faces.

I eased back to photograph the unattended range bags and dug into their depths in search of rare pieces of history. Duke had a nice little nickled H&R nine shot twenty-two. It reminded me so much of my old model 999 packed in my youth.

I remember the solid fire of an old soldier, a newly acquired SKS Duke found at the last gunshow, the soft sputter of recoil from my Sub-2000 as it threw nine millimeter towards the tree line. It felt so darn good.

I remember thinking, isn't it nice free men can assemble and practice the art of self-defense. To still have the ability to gather and complain of our governments stubborn path towards the destruction of our country's Constitution. Albeit brief I do remember these thoughts.

Twenty-two rounds are our norm. The expense of ammunition is, at least to me, unsettling. I fired a few rounds of forty-five but each and every time the hammer fell I remember thinking, 'take it easy, this stuff is expensive.' 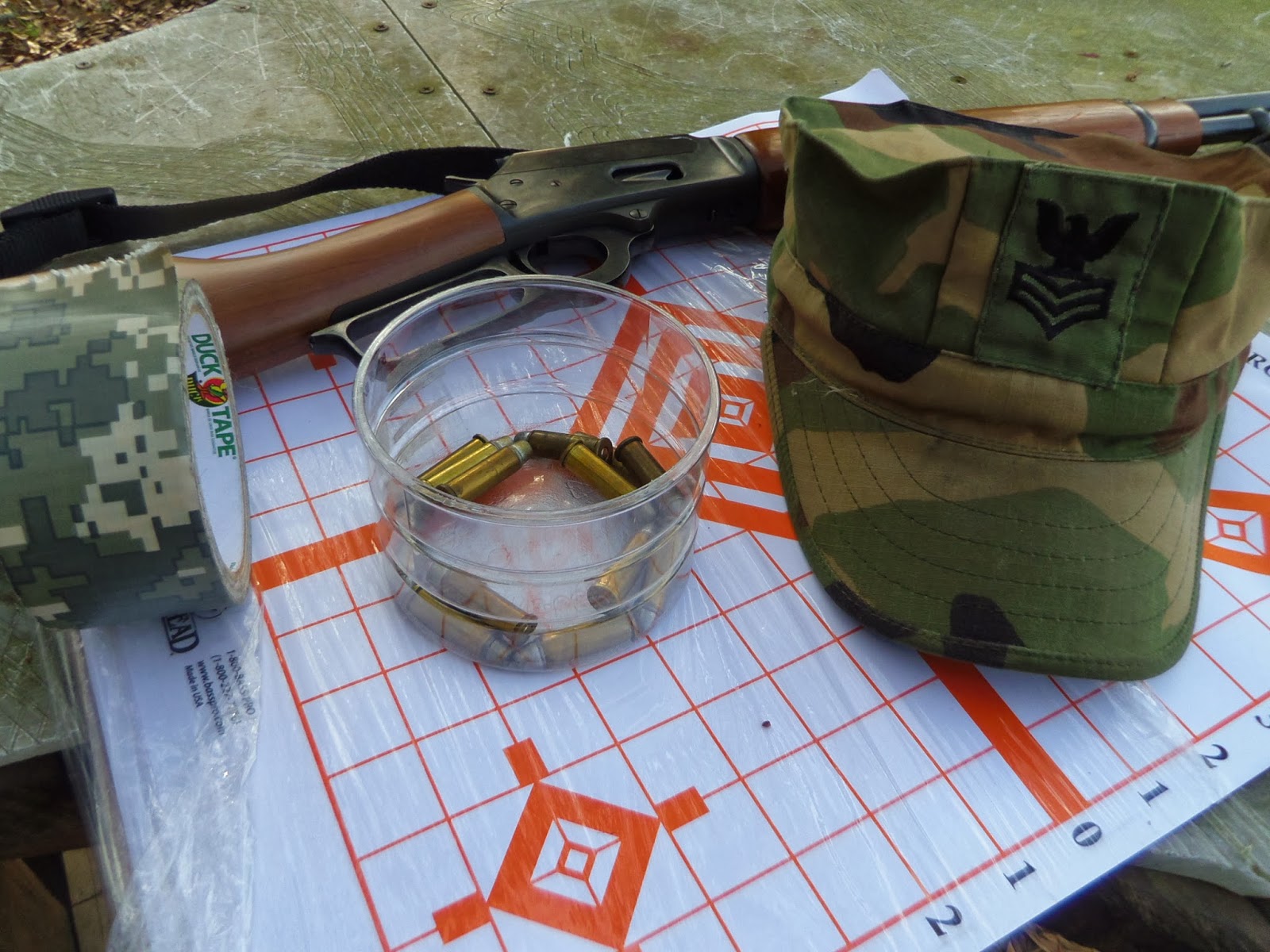 Soon hunger drove us towards the Boar's Nest. When the oak fire was reduced to coals Senior took the steaks, huge mammoth sized chunks of beef, from the cooler and slapped them atop the grill. The man is a genius with fire and meat. One steak, one plate - I broke out my knife and fork. 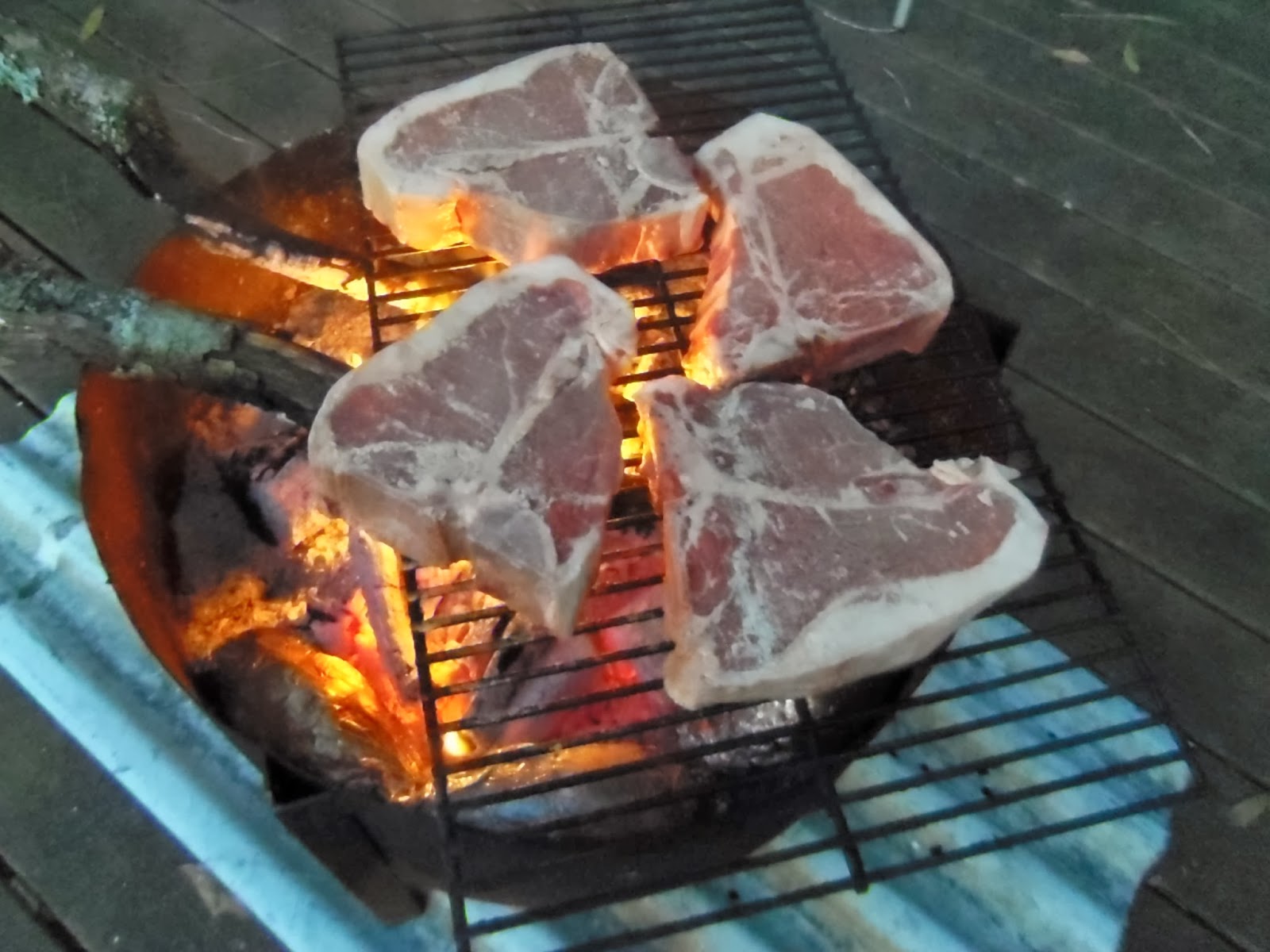 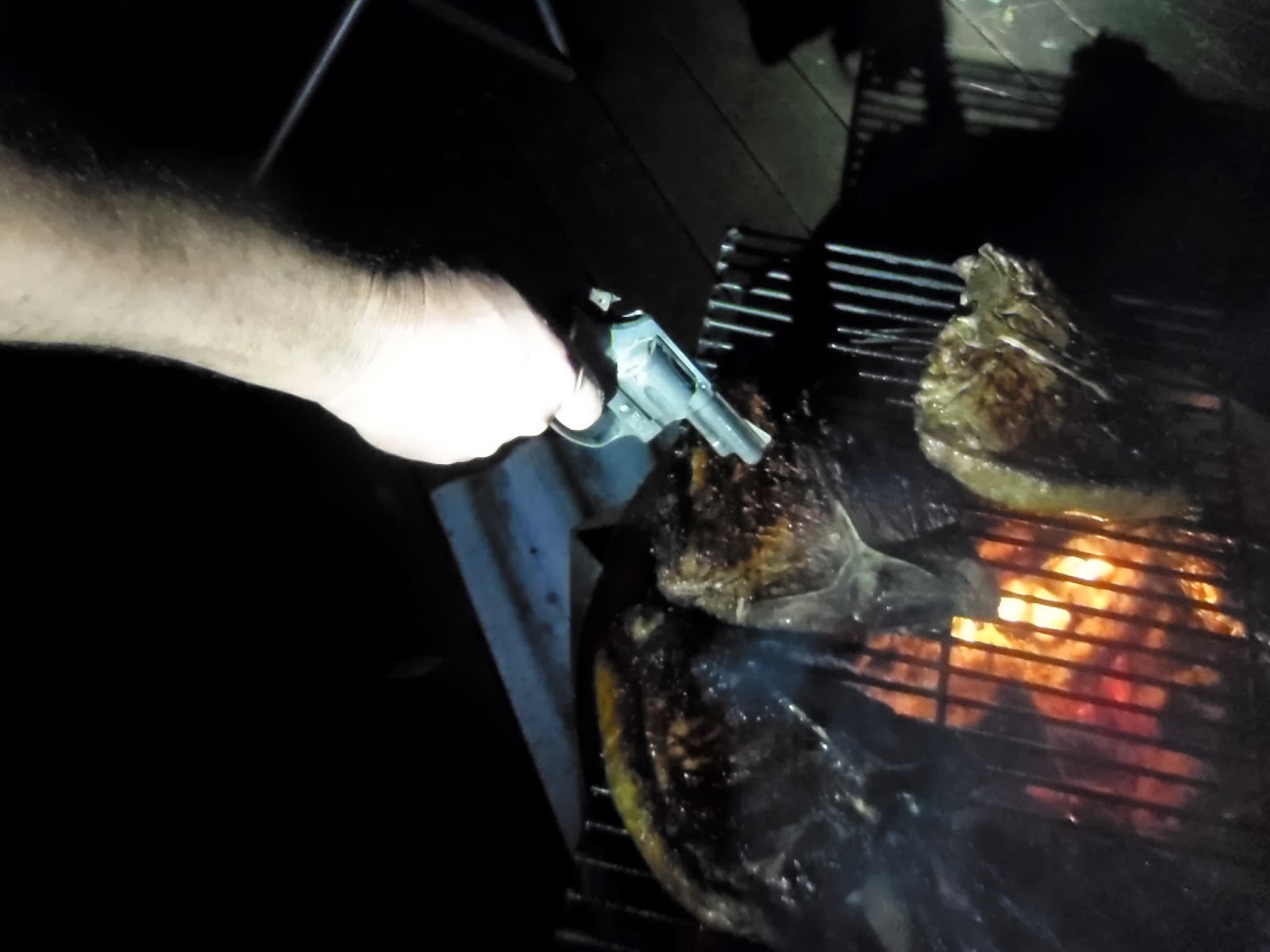 As we sat and waited and listened to the coyotes sing and the peepers squeal and as the meat seared we prepped the table. Duke was certain he'd noticed muscle movement in one of the steaks so rose and put the poor slab of beef out of its misery with a well placed round of thirty-eight special. Duke is deadly at point blank range.

His beans cut the flavor of the gun powder. 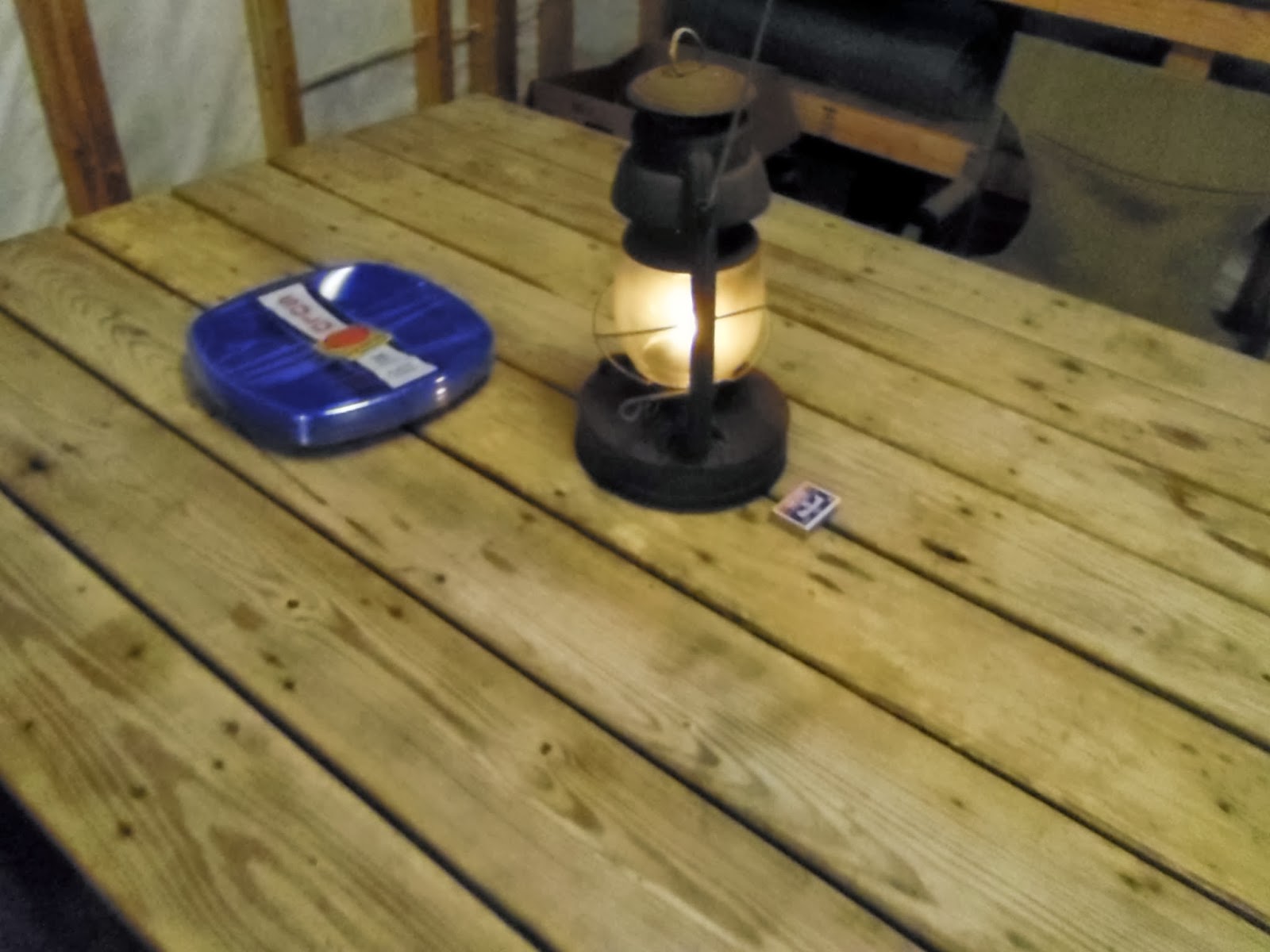 Like the cultured men we are we sat a proper table. 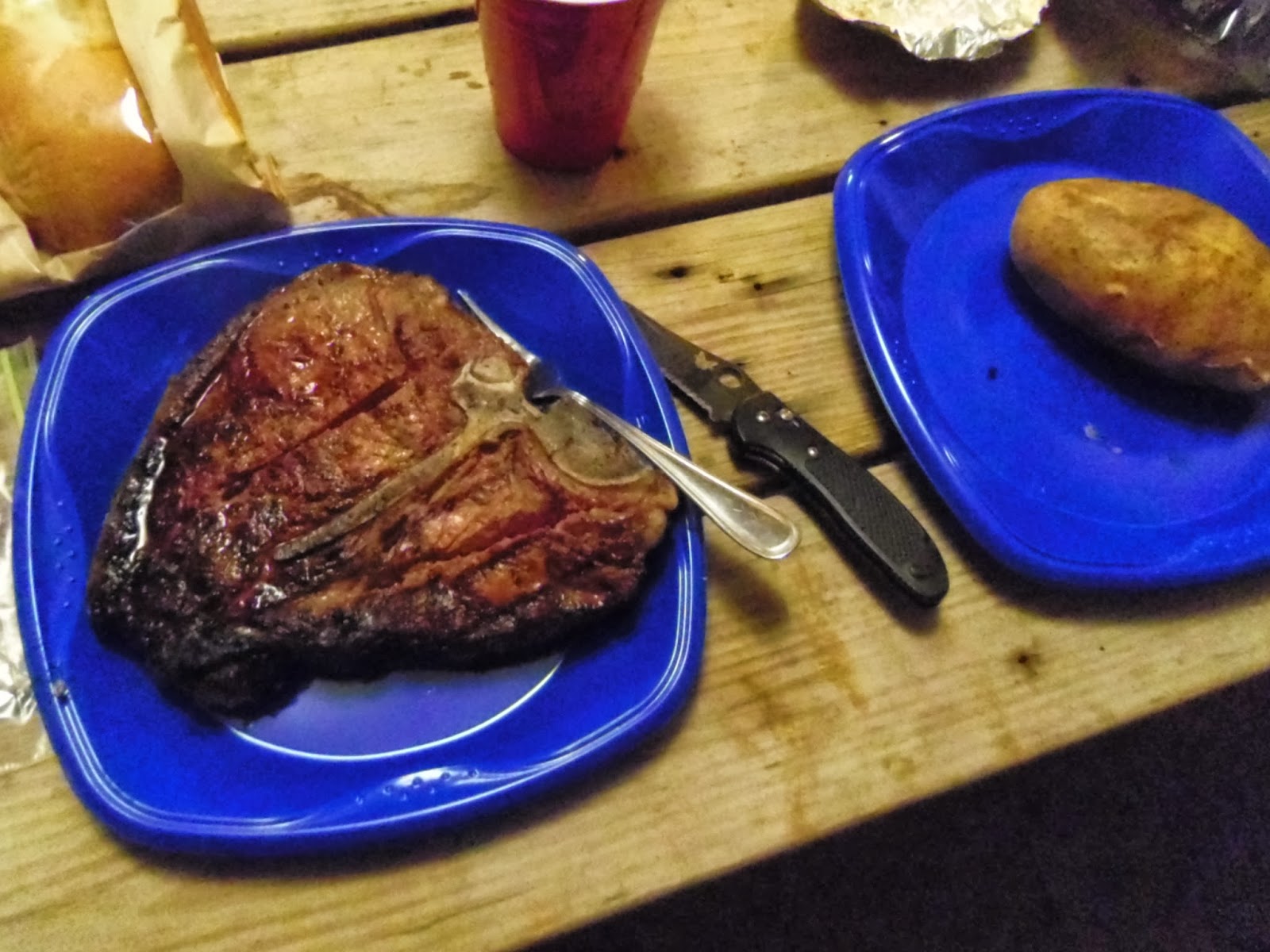 Our menu; T-bone with Duke's cast iron beans and baked potatoes slowly cooked in the fire and of course, bread and butter. 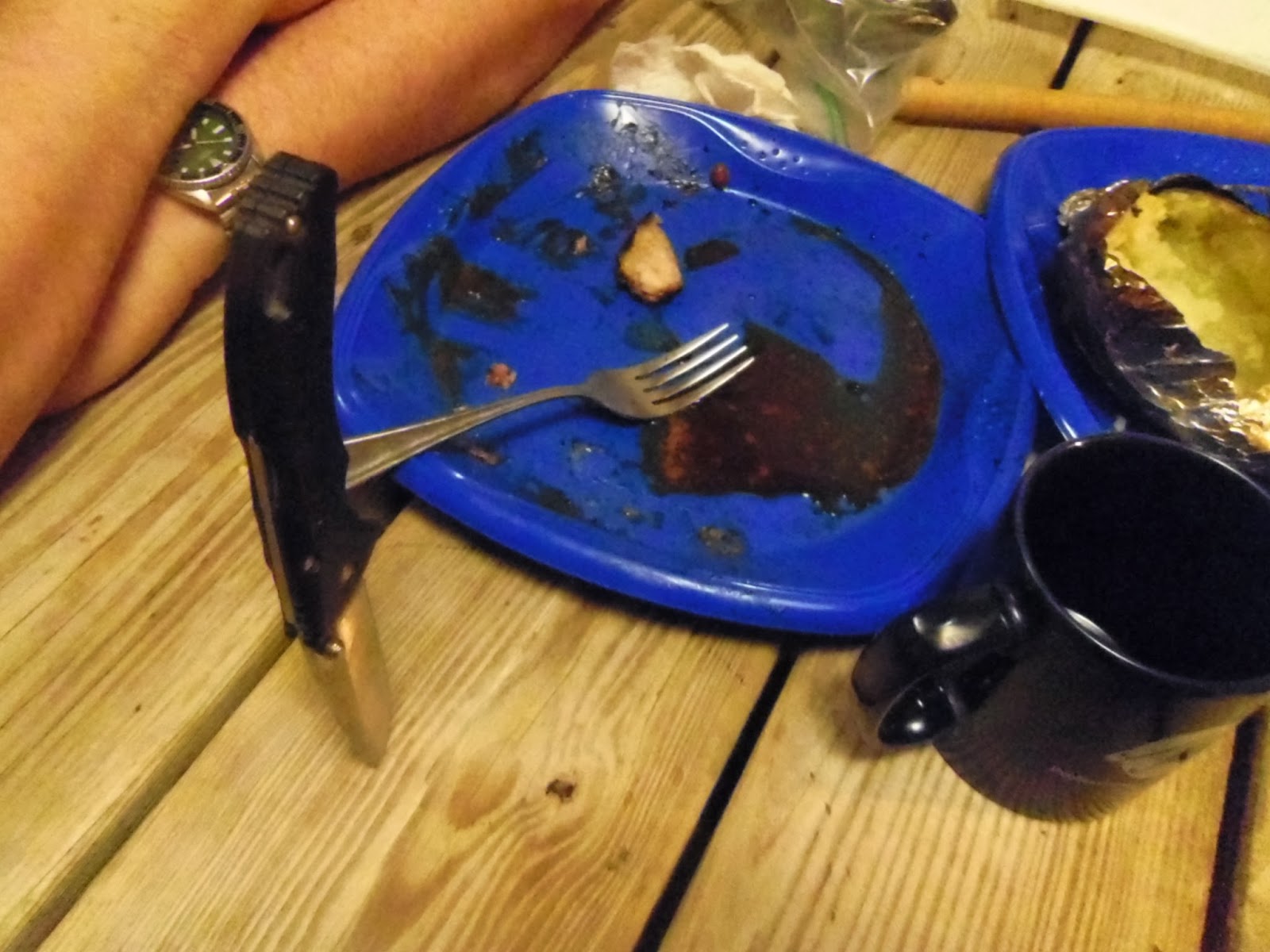 After dinner we gathered on the deck and waited for darkness. Rifles were placed close at hand, flashlights ready. Coffee set to brew. We talked. I remember Rebel as he stood on the edge of the deck and watched the bonfire slowly glow and I remember the way his handlebar mustache, gray and droopy, moved with the wind and the slow and thoughtful way Duke has when he speaks of any subject. Senior as he fiddled with his cell phone.

We waited for the coyotes until at last I asked Senior to Google us a YouTube video of their song. He hit play and I remember how instantly the coyotes yelled their response - a searing and haunting call of pure wild excitement. The night dogs were hungry too. Rebel rose and hit the tree line with his light and said, "I see 'em." He and I moved off the deck and I cross-haired one set of eyes and fired a quick three round burst of twenty-two from my M&P. The critters laughed.

All too soon the night was over and the sun took us from our bags. An unexpected storm front approached and it held heavy rains. I said, "Diddy Mao." 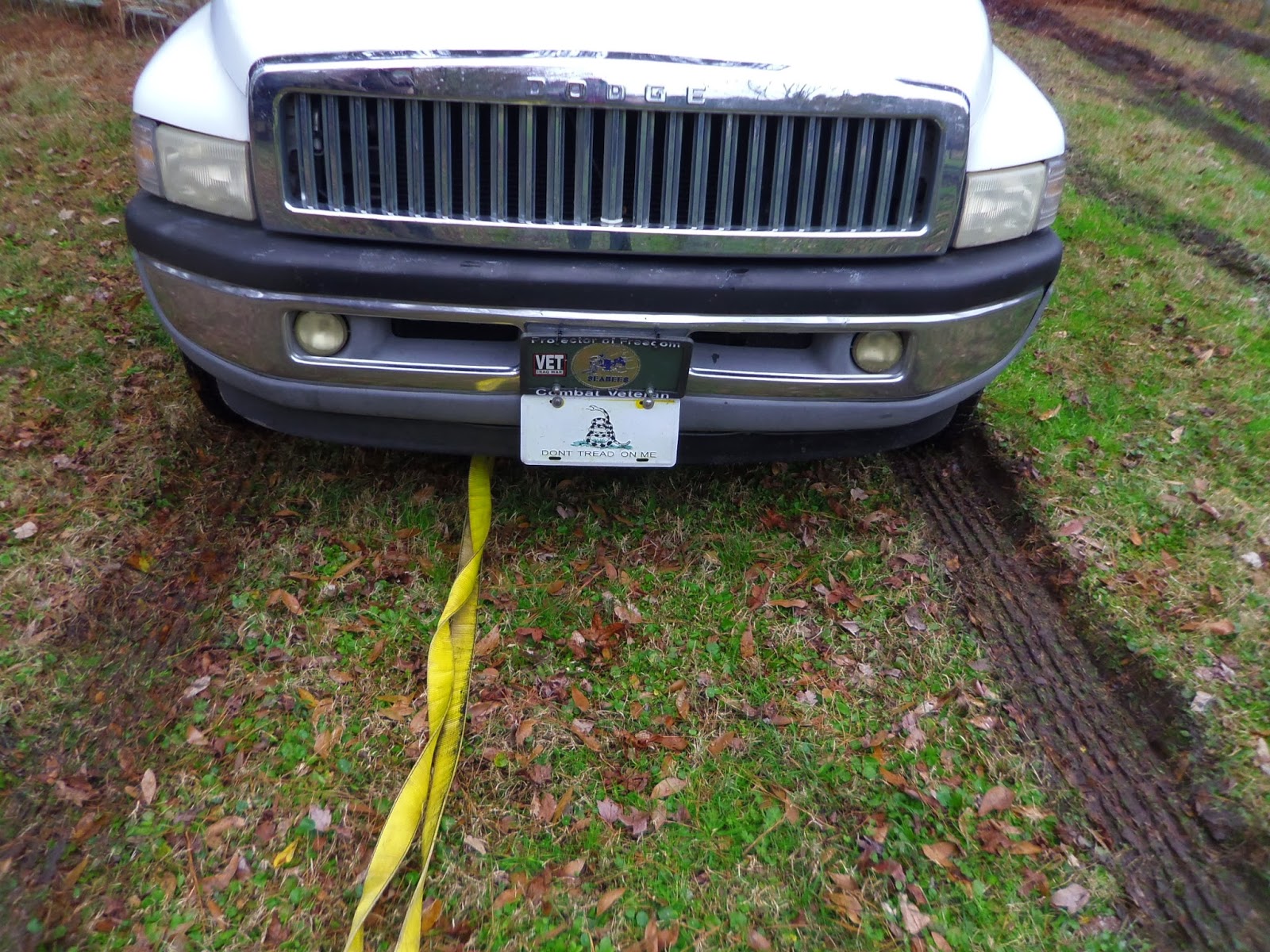 Duke got stuck. Rebel came to the rescue. 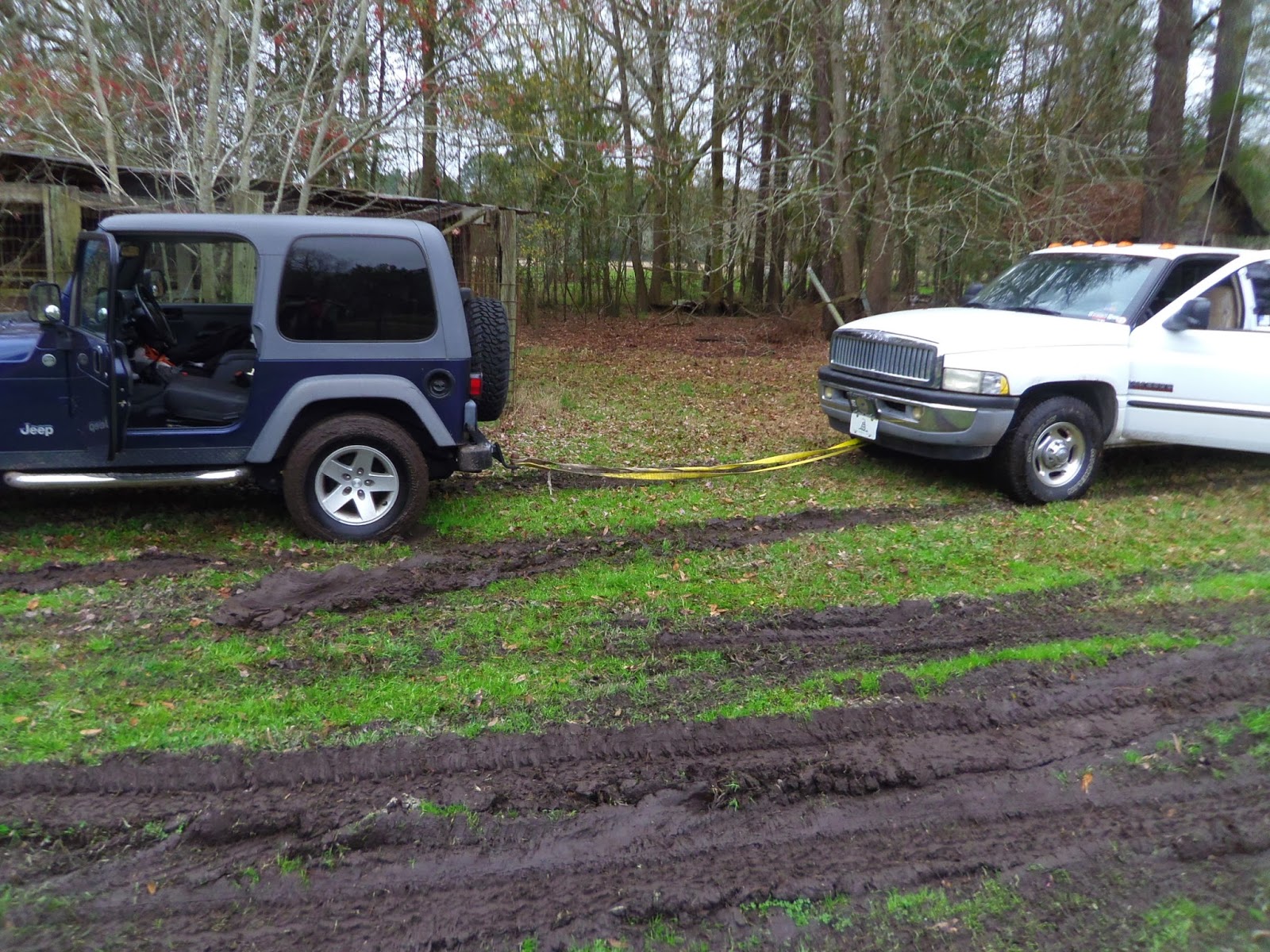 Then both Rebel and Duke were stuck. This mud is as slick as goose poop. 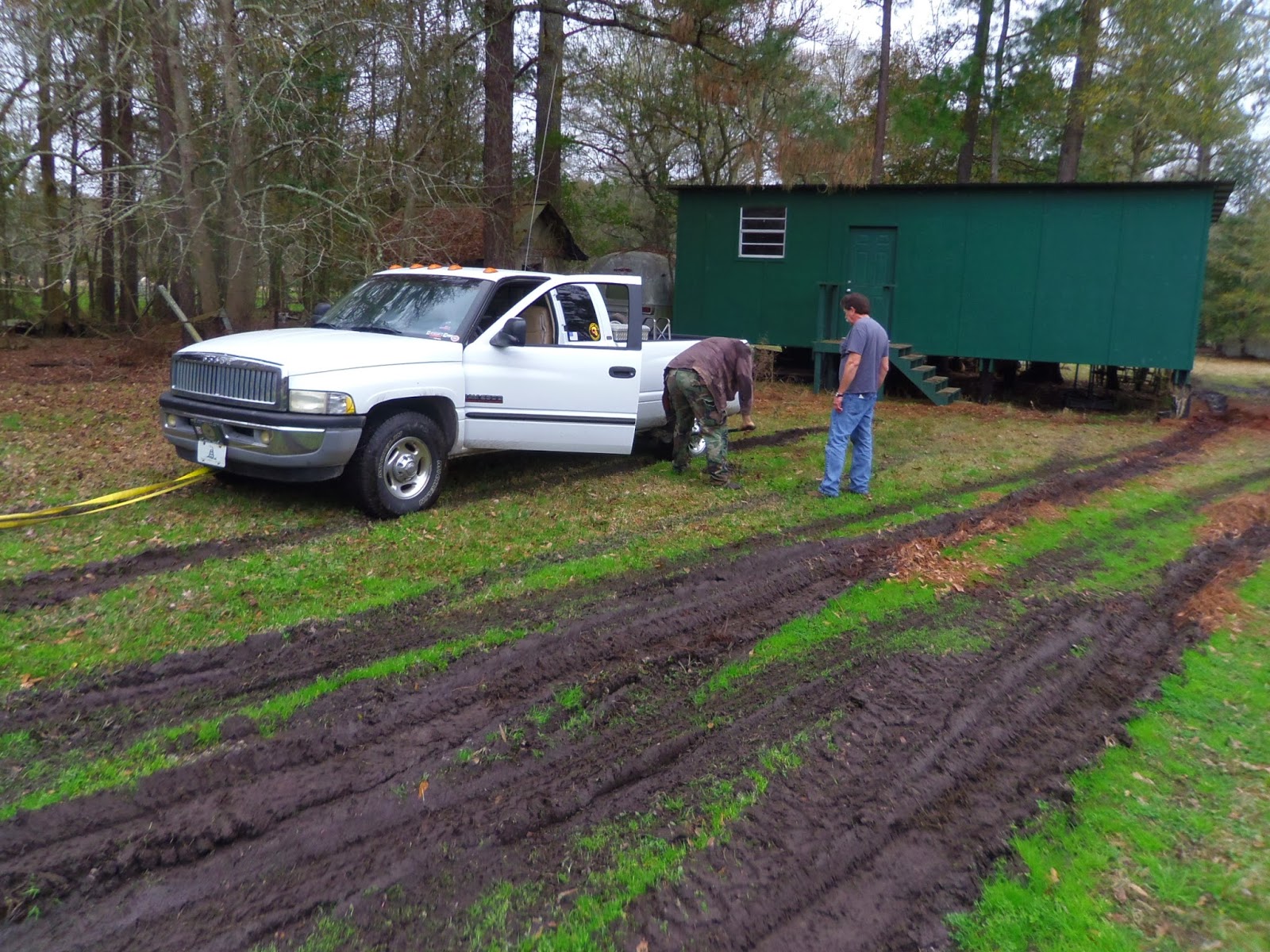 Duke digs. Rebel watches. I stood by to supervise.

Soon I was home to Sweet Wife and a nice long hot shower. The rain soothed my sleep.