The Christmas tree sits sadly outside. Most of the ornaments are packed; bits and pieces are scattered here and there around the house, waiting. This 'taking down and putting away' process takes us several hours.

As items are loaded and the containers are locked or taped, I heft and carry them out to the garage where I stack them. Later I'll begin the hard part - the hard hump up and into the attic. Not sure how many years I have left in me for this kind of work.

What was the old man's name, oh, Scott Nearing, the fella that homesteaded up in New England. I always admired the old fellas work ethnic, his wife Helen's too. He busted butt until the day he decided to say the hell with it and stretched out and died at the age of one hundred. Hated his politics, but that's neither here nor there.

Rambling here - anyway, just wanted to let you know we're hard at it, this first day of 2012. Little Bit has been a great help. She's only become upset with Papa once. I'd grabbed the vacuum cleaner without her permission. I stood corrected, she then gave me a hug and told me in no uncertain words never to touch her gear again...said, 'yes dear.' 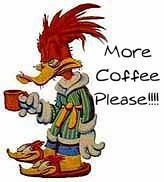 Have a good day, and until later.

I wanted to get his out of the way, my first post of the new year. I was in the kitchen just a few seconds after the ball drop. I put a mess of blackeyed peas in the crock pot. Hey, it's tradition.

Down here in the South it's said for every blackeyed pea you eat, you'll make a dollar. I plan to make a pig of myself. 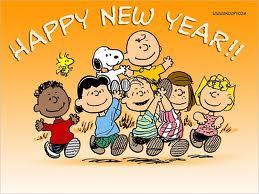 And so we begin another year. Hang on.