The Old Man and The Colt

He walked into my shop holding the small brown paper bag with his fingertips, like it held the remains of a morning's dog walk. The old man was in his late eighties and had a slight frown on his face. He was retired Navy, a meteorologist, an interesting man with which to hold a conversation. Loved his years in the Philippines, and had once served a stretch in the Antarctic; said it was cold at times.

He'd barely cleared the door when he yelled, "Stephen...hey, Stephen."

I was still in my office, yelled back, "What?"

"Get your sorry ass out here."  He could be an extremely subtle gentleman.

I eased into my waiting area and noticed how he held the bag, like I said, fingertips. He extended his arms and thrust the paper sack in my direction. Him, "Here, take this thing and make it safe."

I took the bag and before I could glance inside he said, "No, take it in your office and wait until I leave, you can have the damn thing."

Puzzled look on my face, "What's in it Earl?"

He begins his story. It belonged to his wife. They'd been married forty-five years. She was a widow when they married, and her former husband had died in the early fifties. The item in the bag had belonged to him and had since remained hidden in a drawer of her dresser. He hated guns. No explanation.

He turned to leave, took a step, looked back and said, again, "Just keep the damn thing, don't know if its loaded."

Back in my office I opened the bag and inside I found a Colt Hammerless Vest Pocket 1908, nickel finish in .25 ACP. It would grade at 95%. It took me a few seconds to the remove the magazine. It held some very old and tarnished rounds, green, the lead flecked with white powder and all the rounds slightly greasy.

It was a few hours before I had a chance to field strip the weapon and discovered the firing pin missing. It didn't surprise me, he'd probably removed it years ago. I hit the internet and ordered a replacement from Brownells and about three weeks later used my garage sand bucket to test fire it. The little baby functioned flawlessly.

On his next visit I explained what he had and asked (hey, I'm honest, so sue me) if he'd like to sell it. Told him I'd replaced the firing pin and had tested fired the little girl and she'd make a great Sunday morning church carry piece. She'd cleaned up well.

Him, "Stephen, you're a good man (or words to that effect) I like you, but sometimes you're as dense as a chunk of wood."

He has a way with words, and I took his compliment with grace and dignity.

I offered to sell it for him. He said no.

You know how some people are, you give them a book and they just eat the covers. 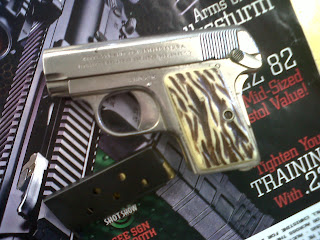 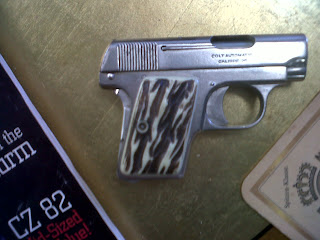 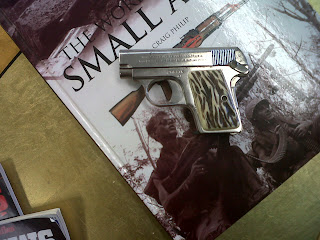 Before he left we man hugged. He's a nice old fella. I wear this sweet little beauty to church. She shines.

Thanks and welcome to my new blog followers; Amy Jenista, Chandler, b, Anne, and James W, Swartz, Jr. If I've missed anyone, leave a comment please and I will make amends.

As I've said in the past, if you leave comments, which I'd really like, I shall reply. My promise to you.

If you have questions, either leave a comment or send an email. My address is located on the sidebar.

Again, thank you very much, and welcome to my humble, very young, blog. 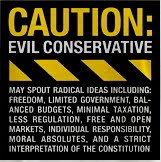