I Tried My Best

It took him a good ten minutes to exit his car and walk the five or six feet to the shop's front door. He'd left his walker in the car. Pride. I've seen it a hundred times over the last thirty-one years of business.

The old man is bent, gray and likes battered fedora hats and blue shirts and smells like pipe tobacco, kinda brambly. He's tanned and wears a weary face full of creases and smile lines. His sharp blue eyes hold a minefield of trapped intelligence. I like and respect him. The old man's name is Lem.

I had the air set at meat locker and the smell of coffee was rich and thick when he finally achieved entrance. "Hey, Stephen."

"Morning, Lem. What's up?" He propped on his cane and pointed at one of the chairs and I came around and we both sat. I asked if he'd like a cup and when he was settled comfortably and had exchanged recent family news he went into silent mode. I went about my business and waited.

After a few minutes I stepped back into my office and jerked another cup of coffee. I heard, "Stephen."

Back on the floor I took a seat. "Ah, listen. I've got this old shotgun that belonged to my father. It isn't much. Just an old sixteen gauge and I haven't shot it in years cause the firing pin is broke. I think."

"No big deal, Lem. If we can't find a replacement I'm sure a nail would work." He smiled.

As we chatted about his fathers shotgun I noticed his eyes well and tears slowly slide down his face. He'd turned his head aside but tears are very hard to hide. I switched gears, "I bet you've run many different firearms in your life."

"What was your favorite?"

His attention had turned to the street scene. I waited as we listened to the traffic, the background music, and our hearts. I took in his old weather beaten hands with their liver spots and the rough worn cuff of his blue shirt. I noticed he hadn't worn his sweater vest - a standard with Lem. He'd complained about my air's temperature so often I'd lost count.

Finally, "Oh, I guess my favorite was the twenty millimeter cannon. I fired many a round at those Jap planes."

He turned and locked his blue eyes on me and said, "I tried my best." 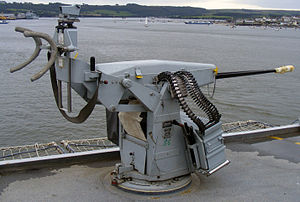 He then reached and gave me his empty cup and asked for a refill. When I returned his face was soaked in tears.

"I had to put her in the nursing home. I had to." I sat my cup on the table and placed my arm around his shoulders, and waited.

Then, "I just can't handle her anymore, Stephen. I'm just too old and her Alzheimers has progressed beyond my capabilities. It shames me. I'm a failure."

I explained how much I disagreed with his self assessment and how I felt he'd tried his best under very difficult circumstances. He removed his checkered bandana and wiped his face and then turned back to me and said, "I tried my best."

We talked for another hour or so. Just before he stepped outside I hugged him close. Like I said, I like Lem. He's a national treasure and hero, in the best sense of the word.

I whispered in his ear, "You did try your best."

I received a pat on the back.