My lovely wife has for the last week or so been tied to the Hallmark channel. She loves their Christmas shows.

A few moments ago I made the comment it might be nice if the writers made a few changes I would, perhaps, watch one. She asked what changes. I replied, well, cast a few normal actors. Perhaps an ugly bucktoothed fella or girl and make them poor. Have them live in the country, chew tobacco and pack rifles and handguns with a hog pen in the backyard.

Why make all the characters beautiful, wealthy, with castles for homes and a staff of twenty. 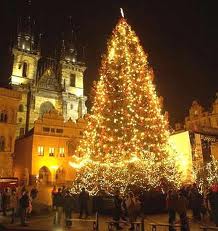 She turns to me and said, "Last week one show had a poor mother of two. She did not have a job and lived in her car. So there."

Tick, tick, tick...then I smartly said, "Yes, but she was still beautiful."

Email ThisBlogThis!Share to TwitterShare to FacebookShare to Pinterest
Labels: The Hallmark Channel