In The Quiet of The Night

The young couple rented the old two story house with a roof of hundred year old cedar shingles. The house was located just off the main street of a small town. Their bedroom faced the street, and they were happy with the large double paned window with its view of the mountains and Puget Sound. The young man was home on leave.

The young couple were in bed and they were warm and had only light from the few cars that passed in the late hours and the young man enjoyed the way the light passed through the window for it gave him a show as it reflected off the snowflakes. He was content and had great plans.

The young man held his beautiful wife close and he enjoyed the scent of her; all fresh and clean with just a touch of perfume. She knew he liked it and had taken great pains for this reunion.

She moved to a sitting position and bent and kissed him and he liked the way her long hair tickled his chest. Outside, the wind sent out a gust and their wind chimes beat a steady rhythm. She wrapped the blankets over her slim form and then said, "The test was positive." 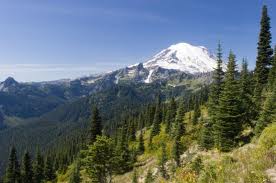 The young man felt his stomach knot and visions of lost dreams danced over his mind. "Are you sure? Maybe they're wrong."

He reached and placed his hand on her arm, gave it a little squeeze, then brushed her beautiful face. He gently pulled her down and held and kissed her. The old house creaked under the wind's force and the snow gave a show of white streaked lines on the wavy glass of their window.

He whispered to her, "We're so young."

"I know. But if not now when? We have the store and your career. We'll manage."

Over the last year, in between his duty assignments, they'd traveled the state and searched out old pieces of furniture, antiques, and the young man took great care to refinish the pieces. They'd rented a store front in the small towns main street and were fairly successful for their effort.

He had other plans too. The young man wanted a home of their own and had made an offer on the Victorian he'd found that sat high on a hill with views of the mountains and had a cold wild stream where the seasonal salmon migrations filled it bank to bank. And, he had hobbies. How would he have the time to roam the mountains, rifle in hand, or afford his books, or fish the wild run of Steelheads, or bird hunt the fall season.

"You still with me?"

The young woman read his face in spite of the darkness. She cried.

A week later the young man parked his truck across from the clinic. Curbside was a local schools playground and as he stepped from the truck he noticed the little ones run and play and swing; they were happy and he smiled and even then his resolve was strong and firm. He focused on one little girl as she pushed her swing to skirt flapping height, her giggles filled the air with joy and he didn't really care.

He walked around and helped his beautiful wife step down and took her arm and walked her inside. The older nurse gave him a firm look and took her from him. He waited.

Afterwards she stepped into the room and he rose, all gentlemanly like, to take her arm and she brushed it away and said, "It's done. I'm empty."

Only then did he feel the shame of it. Only then did it hit him of what he'd forced, and that time only moves one way and what is lost can never be returned.

The young man helped his wife back into the truck and walked to the other side. The playground was empty too. The only movement was the gentle sway of the swings in the wind.