Stepped outside this morning to crisp cool weather with just a hint of brambly oak smoke in the air. I love it. The river was flat and gray as I climbed into my truck, very strange as there is normally a bit of wind to stir the water. Either way, I'll take it as we only get two days of winter here.

Florida, given its preferences, sucks; all this sunshine has a tendency to depress the heck out of me. 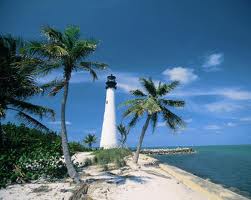 Yesterday halitosis man came into the shop to chat. I'm sure each of you have a halitosis person in your life. Well, my man is a senior citizen, a gunny that loves to restore old world war two equipment, including machine guns and rifles. He's the only man I know that drives a Willy's Jeep with a mounted Ma Deuce. Kinda cool, and it sure scares the heck out of the local democritters.

When they see the Jeep round the curve they practically run out of their felony fliers.  I like the 'ole boy, don't get me wrong. It's fun to have him hang around the shop and chat. He was jerked up in a little town over on the west coast of Florida, Cedar Key, it's a tiny fishing village of which I've written about in the past. Anyhow, he loves to give heart warming stories of his youth spent out on the waters shooting dolphins (I'll use the local term) you know, Flipper, from television fame....

He swears they are great on the BBQ. He's probably on to something, who knows. Problem is he likes to climb into your face when he speaks, and since his mouth is perpetually open, as in his mouth has a six inch constant gap, and he sports a set of dentures made in Hong Kong, and said dentures seldom if ever are cleaned, his breath can knock over a south bound skunk riding a poop wagon. Talking stink here folks....bad stuff. My nose hairs curl.

He speaks to me, "Hey, Stephen, heeeyyyyy," Whoosh, green fumes....

My friends can remember the old fella that used to attend our gun shows. Ask Duke about Stinky. Stinky would clear the floor from body odor. Stinky doesn't hold a candle to halitosis man.

Sorry, it's time to jerk another cup of joe and open the shop. 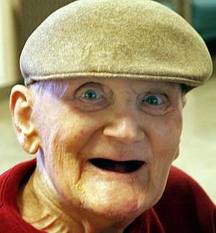 Stephen
Posted by Stephen at 8:33 AM