Olongapo in My Dreams

It's been an awfully busy morning. This heat wave we're under is about to sap my energy. It forced me to drive to work with my truck windows lowered, and to top it off, I had to switch out my long sleeved wool cover shirt to a nice light short sleeved Columbia. This sun....what can I say, it's awful.

I'm fairly certain my left arm has a tan, you know, since I have a habit of riding with my arm on the trucks window sill...bug splatter and sunburn is always the result.

Sorry, tear drops in my milk... 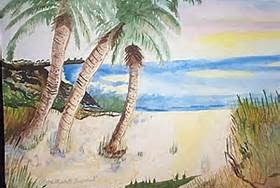 Please, cherish your winter. Its so very fleeting.

This morning two old timers came into the shop. I can never remember the two of them in here together, which is good, because they hate each other. Both retired Navy men. Old farts and a half. Within five minutes they put on their game faces and squared off for a rumble. Each had served for a period of time in Olangapo Subic Bay. Both are well aware I too served there as part of a detachment of the 'Screaming Green Meanies.'

The place was awful. Olongapo reeks of grilled monkey and dog meat cooked over little street side fires tended by either old women or girls, or at least those young women still too young for the street trade. The town of Olongapo is separated from the base by a brownish river aptly named, 'Shit River.'

These two old fellas had one heck of an argument about the town. One loved it for its ready supply of girls, night clubs and the awful skunk beer, San Miguel. It has the taste and flavor just this side of horse tinkle...but I'm not a beer drinker.

Old timer number two hated the place for its abundance of pick-pockets, murderers in the form of Hucks, the prostitutes, poverty and because he'd been stuck there for months and missed other ports of call.

I took a neutral stance.

They almost came to blows. I held 'em back. Old timer number two flew out the door in a pretty darn good rage.

Me, "What the heck is his problem?"

Old timer number one, "Oh, he's okay. You know we've known each other for years. Attend the same church. See, here's the thing. When he was stationed at Subic he met and married one of those pretty little street girls, know what I mean? Yep, he sure did." He pauses and takes a deep breath. "Well, one day at church, way back when, he introduced his wife. Nice little lady, 'bout four foot nothing. Later that week we bump into each other at the Publix."

He reaches and flicks his ear, smiles, then turns and gives me this evil smile. I'm liking this stuff.

He continues, "Me and him chat a bit and I mentioned he had a nice wife, good stock those Asian ladies. I didn't think really. Went on in a joking manner I'd met her before. He asked where. Said back at Subic in '71. Told him her and I had quite the evening together. I know, stupid of me, but still." 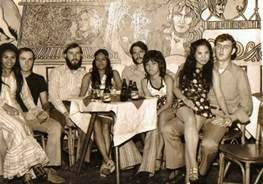 "Yes, I did and I'll forever be sorry. It was just a stupid joke. Thing is I believe he feels guilt. After all these years, with him in knowledge of my, and now your, service in that cesspool of a town, and knowing we know what those girls did for a living, and then he ups and married one...well, it just about kills him."

"See, thing is, she's been a fine wife and mother. She's a citizen now. Bright lady. Attends church, but he just can't get the image out of his mind she had loved hundreds of other sailors all those years ago..."

"Yes. He was once my best friend until that day at the Publix."