Fresh shrimp lightly sauteed in butter with a touch of olive oil, garlic, Cajun spices, and of course, a bit of kosher salt and pepper. 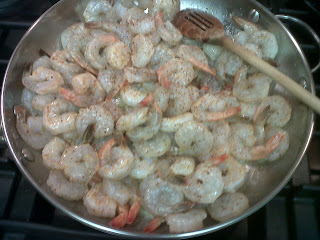 Email ThisBlogThis!Share to TwitterShare to FacebookShare to Pinterest
Labels: Shrimp and salad

It's a new morning of gray cloudy skies pregnant with rain and the wind is gentle and warm. The storms will follow. This is the heartbeat of a Florida July. Mildew covers our scalps and grows between our toes and we replace our pets with frogs and tadpoles. They make great stew come October. 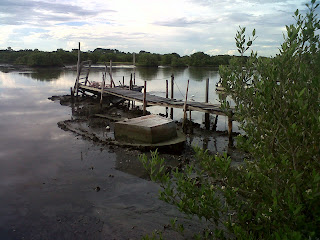 An article in this morning's liberal rag said the Odyssey Project lifted sixty-one tons of silver ingots from the SS Gairsoppa. The ship was sank by a German submarine off the coast of Ireland in 1941. Each bar contains 1,994.8 ounces of .999.2 silver. If my math is correct, at today's spot price, each bar is worth approximately thirty-nine thousand, eight hundred ninety six dollars.The stash is valued at thirty-four million dollars. 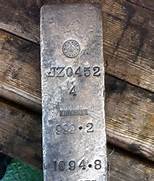 I shall place an order for one bar. It'll look nice in my collection. That is, if the Brits will share.

My boss is a butthole.