Use It or Lose It

Please, click here and help fight for your Second Amendment rights. In only three easy steps you can send a letter to all your congresscritters and the yahoos in the White House. All made possible by Ruger.

Big tip of the hat to my friend and yours, K.

It's been over a year since I shook hands with a nice man after we'd made a deal on my purchase of his handgun and a box of mixed nine millimeter Luger. The box of ammunition was added to my ammo stash in my garage.

I forgot about it. Well, not really, but since it was a box of loose individual rounds, which I promised myself I'd sort later, it simply became lost to the business of life.

Last night I was kicked in the rear with boredom and so went out and began to dig into the mountain of my storage. I came upon the long forgotten cardboard box, glanced inside and made a snap decision to sort the rounds.

All are defensive loads, hollow points of many configurations from many different ammunition manufacturers; Smith and Wesson, Hornady, Speer, Winchester, Norma and many others. The mix included standard nine mil Luger, plus P, and plus P plus. Expensive stuff especially if purchased in today's current ammunition scare. 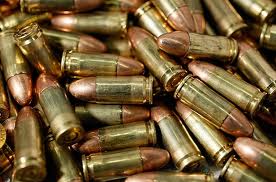 I went to my reloading bench and dug beneath and found several empty cartridge boxes and back inside the house set to work. About half way into the box I began to find certain individual rounds felt, well, sticky. Weird. I dug further into the box and came upon a mass of rounds stuck into a block of something gooey. This gooey mess gave a sweet smell. I pulled or should say, plucked, a few rounds and each seemed to be coated in caramel, a darkish caramel.

I went to the kitchen for a bowl and I then began to pick rounds from this mess and drop them into the bowl. The block of goo proved to be a huge chuck of candy. It had been neatly stashed or hidden some time in the past. The long Florida summer melted the candy, probably a tootsie roll, and the rest is history.

I'm positive this hidden treasure of candy was left by my Little Bit. I wasn't angry, quite the opposite, I chuckled as I mixed a small bowl of hot water and Dawn. Later, after I'd cleaned forty of fifty rounds of the gooey thick chocolate from my stash, I smiled. I could just picture the little girl as she pealed away the candy wrapper, took a quick bite and hesitate she might be caught with a before dinner snack hid the rest in Papa's old box of junk. 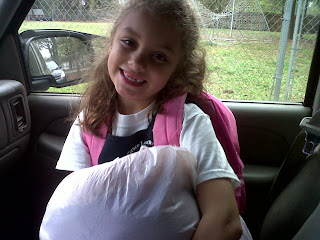 Lord, I miss her.