Confession here....if I weren't already married to my Sweet Wife, and if I were single and say ten years younger, I'd ride to Canada and find Laura Calder and drag her back to my lair and make her mine. 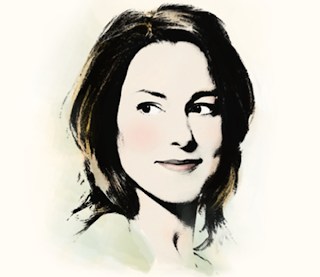 I mean, the lady just made duck confit.

Let's face it. We all have our fantasies.

Began late last night when my cell rang...I answered, even though the number was unfamiliar.

I said, "Back up a moment. First, what's your friends name?"

I searched my memory for any Billy Bob's I might or might not know and came up empty. In the mean time he's still running his mouth. He made mention of where and how he'd met this so called common friend of ours. He continued, "Yeah, man, it's a real good deal and he said you buy it."

"What exactly are you trying to sell?"

"Okay," all breathless, "What I got here is a 7.62x54 Dragunov with a 24 inch barrel with a 8x42 pro mildot scope and two hundred rounds of ammunition and two ten round magazines."

I asked, "What price, not that I'm interested, you understand?"

Immediately I came back with, "No. But thanks for the offer."

Then, "Are you nuts. Hey, man, this is a great sniper rifle. Hey, man, my friend said you'd buy it."

"He isn't my friend. Besides, there's no profit margin in your price."

That one threw him for a loop. For a moment I thought I'd lost the connection and was about to hit the button when, "Ah, what 'ya mean man."

"Just what I said. There's little to zero profit in this deal. I have no desire to add this rifle to my personal collection; it's worthless for practical applications, although fun to shoot. But for me, it's useless. Kinda like tits on a boar."

"What will you give me for it. Give me a break, man. Make me an offer."

I thought about it for a nano-second, then said, "Five hundred, and you keep the ammo."

He yelled a few curse words in my direction. I cut it short. He regained his composure and continued.

"Is your cell able get text?"

"Yes, even out here in the sticks of rural River City this Blackberry has the capability to accept text."

"Okay, sure man. Then what if I send you a couple of pictures. Will you think on it?"

I gave it a two beat, and said, "Sure, send them. And, by the way. I don't just purchase every weapon sent my way. I'm funny like that, do you understand, and furthermore, my name isn't, man." 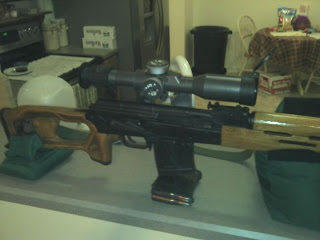 I'm still not a buyer.