Take It or Leave It, part two

Bare with me I've only had one cup of coffee this morning and this rusty middle-aged (heh) brain of mine isn't quite ready to function at full speed.

Yesterday we touched on the subject of keeping a low profile as gun owners, the importance of gun safes, and the strategy of nondiscrimination where it concerns the acquisition of firearms and ammunition.

My good friend, Matt sent an email and asked if I'd comment on a subject we've all seen posted on various blogs many times over.

I'll use his term, 'Chest Thumping.' A very apt description, and silly. You've seen it - Mr. Blogger states to the world he's gonna kick some butt, shoot the black booted thugs at his front door when (not if) they arrive to take away his guns. 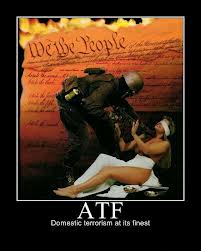 Remember the point I made in part one of keeping a low profile. First of all most of these so called bad-asses would, I'm sure, turn and run, as he screams for his mommy, after the first gunshot.

Secondly, if you plan to stand your ground and take on the massive fire power utilized and available to law enforcement and military you will achieve nothing more than the complete destruction of your home and the death of your family members. As an individual, you will lose.

Never announce your intentions to the enemy. All resistance against tyranny are birthed in silence.

I once met a gentleman small of physical stature. After our handshake he excused his height. I'd never met a man with such a self-depreciating attitude. He laid his heart and soul out to me and made excuses for his lack of physical ability. Near the end of  our talk I placed my hand on his shoulder and said, "Size isn't the measure of a man, it's the man's character and the goodness of his soul by which will be remembered and judged."

Let's move along. It's readily apparent our supply of firearms and related fodder have nearly run dry. In the meantime, as we wait for the warehouse to be resupplied, concentrate your efforts on spare parts and the other odd bits and pieces available. Don't tell me you cannot find spare parts. The UPS driver just left me a small package. It contained a nice lower parts kit. They're out there, you just need to knuckle down and search.

If in this search you only find a few springs, take them. Check the flea markets. The locals, those that live pay check to pay check are digging through the rubble of their homes and are now taking advantage in this over reaction to fear and with the sight of huge profits in their greedy little eyes are selling all things gunny. Jump.

I know, money is tight. But, if, and it's a big if, Biden and crew have their way, that three grand AR will bring six in the near future. At present I'm far more worried about magazines and ammunition. I have a simple strategy - I tell every person I meet of my wants. I give them a list which includes all those odd partial boxes of grandpa's ammo, any caliber. Those old moldy boxes of twenty-two and forty-five will last a good eighty years. I use the word, cash, and the cash is also here for those firearms stashed in their closets. It works. Take it or leave it but that's my advice. 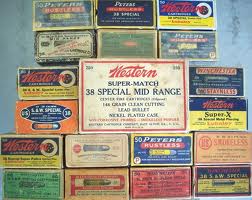 Sorry folks but I need to cut this short. I just can't work with the interruptions and these continued interruptions keep the bacon on the table.