A cold rain falls and the sound is soothing and peaceful. The winds now gently push it against our northern windows with a soft splat. Gunsmoke plays in the background with the sound turned low and she is curled in her big chair and we're both content.

I came home to a huge pot of very good long simmered chili; one bowl and I'm full as a tick. Our old cat has just climbed into my lap and taken position between my legs. She purrs. 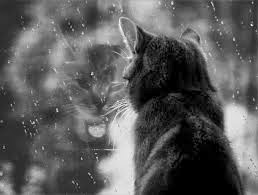 Soon a kettle of tea will boil and all will be right with the world - a few hours of peace before the quilt is tucked.

Some famous writer once said it was bad form to begin any written session with the local weather. I never was one to follow the rules.

Our weather sucks. There, take it or leave it.

I have been remiss. Two nice people have exercised their rights to join my humble blog, and I haven't as yet thanked them. Thanks and welcome to, Mrs. Mac and Mississippi. Mrs. Mac writes, I believe, four different blogs. She's a busy lady with a lot to say. Please give her a visit.

My friend Mississippi is indeed a personal friend. He frequents my shop, is shy, intelligent, and an avid hunter. He can slay the saber-toothed bunny with the best of 'em. Thanks, Bubba. 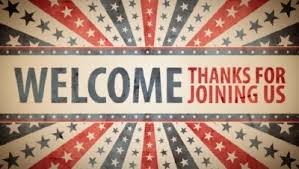 Again, thanks and welcome my friends. I will try my best to always reply to your comments. Like the Texas oilman once said to his Arab friend, "Y'all family now...."

Last evening I was host to a gathering of armed men. It was our monthly group meeting, and surprise, surprise, all attended. Even Rebel. We had a nice time. Gun fire was held to a minimum.

We've agreed to camp out at our Boar's Nest the 22nd. There will be a nice fire on which we'll char meat, bake potatoes and warm a huge pot of beans. Senior convinced us to hand over a hundred dollar bill...said he'd drive to south Georgia and purchase the group's Saturday night dinner - the best t-bone steaks known to mankind. Claims the steaks are so thick we'll need chainsaws to slice 'em. We'd better for that price.

Senior and Duke are both at the farm today. They said some routine maintenance was needed on the range. Told us how they wanted to do a bit of paint touch-up, rewire some targets and such. Yeah, right. I bet both are covered in gun powder residue. Meanwhile the rest of us are hard at work. 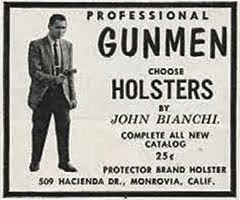 Must be nice to be retired and wealthy.

Yesterday an old timer by the name of Raymond came by the shop. His wife tagged along for the ride. Ray's a fine man, Second War vet and was a lifelong bird hunter. His fondness for Bobwhite quail is legendary. Then one day a tiny little blood clot detached and went about its awful business and without warning Ray had a bad stroke. His right arm is now paralyzed. He's still a tough old booger and funny as all get out.

We stood and chatted - spoke of the winter winds, old farms and pot bellied stoves, the scent of pine that once issued from his mother's wood cook-stove, but most of all we spoke of the absent Bobwhite and how we missed its beautiful whistle, a song of pure delight. At one point he asked me if I remembered the last time I'd seen a covey of Bobwhites. I said yes, but it had been years and the spot I'd seen the covey cross the road is now a major interstate, a spot just east of our community. "Sad, isn't it," he said. 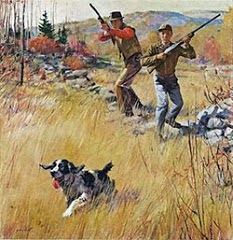 I asked Ray his favorite shotgun when quail hunting. "Oh, that's easy, my Browning." I smiled and mentioned I liked my Winchester model 12 in sixteen gauge. "Not bad but I prefer my Browning auto-loader. When that baby touched my cheek I knew the bird was down."

Ray's wife hadn't said a word. She sat and worked her crossword, the paper folded just so in her lap. She glanced up and asked, "Do either of you know the real last name of Roy Rogers?" 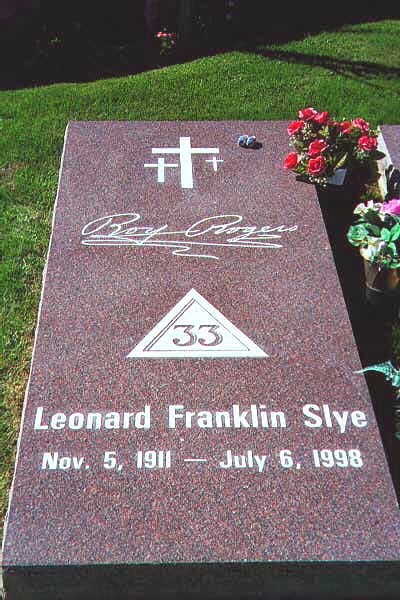 Then Ray mentioned he had three bird guns, a Remington along with his Browning and a Winchester. His wife paused and said, "No, Dear, you loaned the Remington to our nephew Owen, remember." He went, "Oh, that's right and he hasn't returned it. Don't matter, still got my Browning."

Ray placed his cane in his bad arm and shifted in place. Gave her a questioning look, "What 'ya mean I don't have my Browning. Its in the closet in our back bedroom."

He appeared worried. I took a step to the side and put on a wait....married stuff needs privacy. An ambulance passed the shop at full roar. She clicked her pen, then, "Ah, well, Owen and his wife wanted to learn that skeet shooting stuff and he didn't have a gun (her words) so I didn't think you'd mind if I loaned him your Browning....," she took a deep breath, "so I gave it to him, since you know, you don't hunt anymore."

Raymond's face went blood red. I 'pulled a Brigid' and pretended I needed a refill on my coffee. 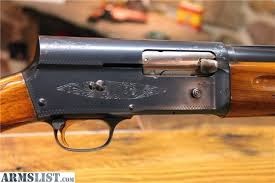 To say I felt uncomfortable is an understatement. This here stuff was serious. The man welded a cane, she was older than swamp mud but I reckoned she could still take him what with his arm and all....

Then, she began to cry. I coughed. Ray gave me a look and turned towards the exit, said to her, "Let's go."

She carefully folded her newspaper and stood, gave me a quick smile and followed her shuffling husband towards the door. I overheard him mutter, "Well, at least I still have my Winchester, like Stephens'." 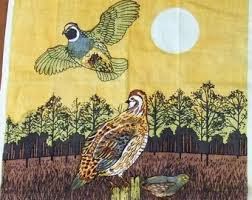 Give me a few minutes, I need to have a cup of coffee. Not yet awake. 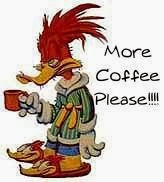 The past two days have been long.

(Imagine if you can the loud click of slide lock.)

Posted by Stephen at 9:12 AM No comments: