As I write I'm busy with dinner prep. This laptop is at place in my kitchen so that I may turn and type and turn and flip and turn and salt and turn and make a mess. Flour and keyboards simply don't mix.

Take a guess at my menu. 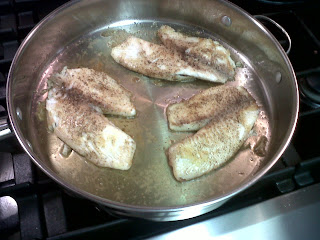 I knew you guys were sharp...

It's been a busy weekend. We've spent the last two days hanging with the Harley crowd. I felt like a child lost in a cavern. Visited two different Harley dealerships. So many models from which to choose. Big and small and medium and just plain little bikes. All I know for sure is I do not want a monster bike. Think I'll stick with the middle sized monsters. 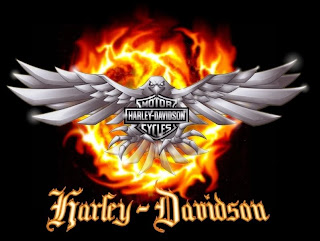 Yes, I have enrolled in the Basic Riders Course. My first class is Thursday. Then the next weekend will be spent astride a bike. I will not make a purchase until I have my bike endorsement and am legal to ride.

I like what my friend, Duke, said to me last week - motorcycles are the modern day horse.  I agree.

I did buy a new Boss helmet, and gloves. These are items, along with a few other things, I'll need for the class. I goofed and made my purchase at the dealership. I'm telling ya, those folks are awful proud of their merchandise. Expensive. I went with a half-helmet...it's hot enough down here and I'm darn sure not wearing a whole head helmet. 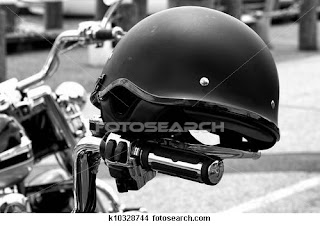 Excuse me. I need to flip the fish.

At the first Harley dealership we visited, Sweet Wife said she wanted a tee shirt. Said fine, grab one. She walks away and moves over to check out the helmets. A wee bit later she returns and whispers, "No way." I asked why and she takes me by the arm and walks over to the chick section and hands me a shirt. Its thin, wimpy even, and priced at forty-one dollars. The shirt is about what you'd expect to find at your local wally-world. A cheap and very poorly made Chinese garment priced as if it were holding space at Macy's New York birthplace.

I thought about it a moment and told her if she really wanted the shirt to ignore the price. Later, she walked back over and chose another shirt with the wings and logo of Harley. With my discount and registration in their class they gave her a coupon and she 'stole' the shirt for thirty bucks.

At least they were kind enough to grease their poles....

Excuse me. I need to again flip my fish. I see smoke.

I'd like to give a warm hello and welcome to Shaun and Steve. My new friends, I promise to always reply to your comments. It's nice to have each of you aboard.

Steve writes the blog, A Life In The Day, so please take a moment and drop by and visit and tell him Stephen said hello. Shaun also writes a blog but its private and visits are by permission only.

Posted by Stephen at 4:35 PM No comments: