My copy arrived today. Wow, that was fast. 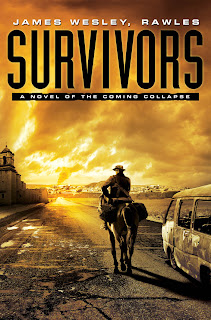 Guess what I'll be doing this evening....go ahead, guess.

To my new friend, 'We The People,' for hitting my follower button. As always, I promise to reply to all comments as soon as possible.

My email is listed on the side bar....if ever you have a question, or if you've linked me at your site, give a yell and I shall respond in kind. 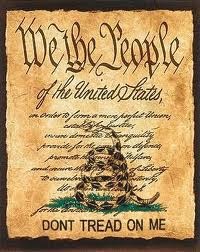 Again, thank you very much, and welcome to the club. Nice people hang here.

His name....haven't the foggiest idea. He graces my shop with his presence at least once a quarter. He comes in with a cheap assortment of Chinese made self-defense gadgets; batons, handcuffs, ink pens with little blades hidden inside, junk like that.

The bull begins the moment the door closes, "Mr. Stephen, Mr. Stephen, what a deal I give you today...oh, such a good deal."

I seldom if ever make a purchase. It's trash, cheaply made by children's hands; plastic or pot metal mall ninja toys.

"Oh, Mr. Stephen, please Sir, check out this deal I have for you. Today, only today, I give you six of the wonderful combat batons. See, I snap it extends. It's very good quality, to reverse its spring just slap on floor, hard, like this." He takes the baton in both hands and delivers, indeed, a hard blow to the tip of the baton. It doesn't retract. He tried again. SMACK. I swear, his arm vibrated.

Next he whips out a little pink box. Pepper spray, in pink, mind you, "Mr. Stephen, Mr. Stephen, please you take this for the lovely wife, girlfriend, they will love it....poof, see, just push button and it blind and cripple their foe."

It's always the same. First one piece of junk then another. Prices are super inflated. Which brings on this... 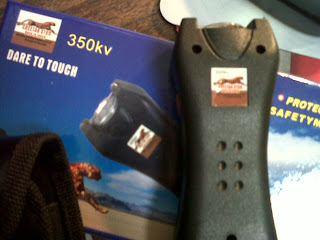 He whips out a little box, a plastic light weight stun gun. Granted it'll put a hurt on your every day run of the mill democritter, but still, it lacks quality.
He snaps on the gadget and hits the red button, snap. Then, "And, Mr. Stephen, Mr. Stephen, it has a built in flashlight."

The last seemed to piss him off. He shifted from foot to foot. Wiped his nose. Looks me in the eye and said, "Mr. Stephen, Mr. Stephen, for you my friend I give you this most wonderful self-defense weapon for only $35.00."

He turns and walks towards the door; can I be this lucky.

I smile. Blink a few, and then, "Ahab, you and I both know this is a piece of junk. Tell 'ya what I'll do, today and only today. I'll give you ten dollars."

"You are, even at ten bucks. I know you only paid five dollars, if that, for it."

Later, after he took my ten dollars and safely tucked it away in his pocket, he turns to me and said, "Mr. Stephen, you must have middle eastern blood."

I chuckle, "You mean with my blond hair and Irish last name and all."

He smiled, "No, Mr. Stephen. Because you have brown eyes."

Later in the day it came to me. He meant I was full of bull@#it.