It's been nice to have an extra day off. Problem is when I have time like this, in the quiet, I buy stuff. Sigh. 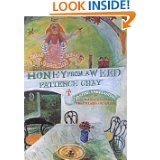 I have a weakness for food themed books. 'Honey from Weeds.' 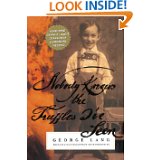 Amazon has gotten stingy with their book cover photos, sorry. 'Nobody Knows The Truffles I've Seen.'

Email ThisBlogThis!Share to TwitterShare to FacebookShare to Pinterest
Labels: Books

This house sure smells good. 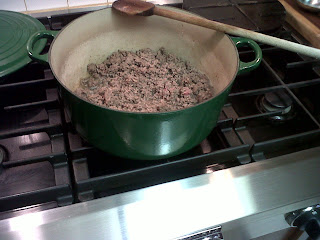 This is one reason. 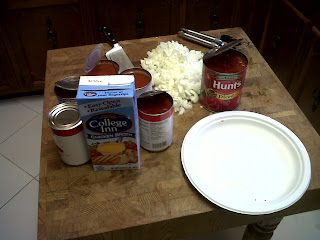 And here's the other, Chili preps  It's been on a slow simmer all day.

Damn few Swedes and no Norwegians eat this well.

Email ThisBlogThis!Share to TwitterShare to FacebookShare to Pinterest
Labels: chili

Since the birth of this blog I've avoided the subject of politicians and politics as much as possible. This morning however I've been backed into the corner, so to speak.

Over breakfast Sweet Wife broached the evils of our so called representatives. She asked why I never wrote of their lack of leadership and the resulting consequences of their reluctance to correct the apparent problems of this country. The subject of this nation's depreciating currency, debt, failing infrastructure, and moral values were the bulk of the conversation.

For the most part I remained silent. She likes to talk. Finally she asked my opinion. and why I never post my thoughts on politics. It's simple, I said, because we're screwed and there is very little we can do to change the outcome of our future, other than of course, utilization of our vote.

I continued, there are countless bloggers with far more time on their hands than I, writing their thoughts with keen wit and insight, plugged into well establish audiences. I am but a flea on the butt of humanity. Now, having said that, I told her I'd write one post, and one post only, and give my opinion of politicians in today's America. 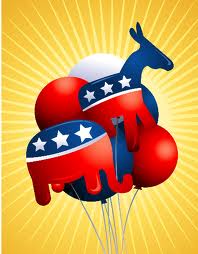 When this country was founded, with its freshly minted Constitution, we had people representation. The local village elders would gather and walk out to Farmer Brown's field where he stood behind his mule and say, hey, Farmer Brown, pack your bags, you're taking a trip to the capital. The elders gave Farmer Brown a list of instructions, issues, with notes on how to vote. His vote (here comes that big word) represented the community. A people's representative. Simple. You ask what has changed....and here is the crux of the problem we have today, as I'm sure you're very much aware.

Back when Farmer Brown voted he packed his tote, mounted his horse, and rode back to the farm and placed his butt back behind the mule. He was a farmer. Not a career professional politician.

Now, your so-called representative, in either house of the Congress, no more represents you than the coffee table before me. Every decision they make, every vote they cast, is based upon 'how will this reflect on my reelection.' Period.  He's a professional, pure and simple, and until that day, when we return to that basic system of government - which I fear we'll never see again, you my good friend, are on your own. 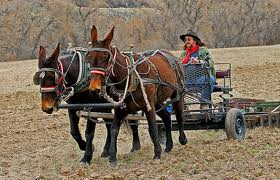 This is the last, I hope, I'll ever write on the subject.