This morning we have heavy gray clouds which I believe will burn off well before noon. Yesterday's forecast called for heavy rains. The weatherman lied to us. Either way, it was dark this morning as I took Little Bit to school.

After breakfast and as we're walking back to my truck she asked, "Papa, why do people live in heaven?"

I hate these sort of questions. She, it seems lately, is obsessed with the concept of death and those that have passed on to the other side. It confuses her, and for the record, I'm far from an expert on the subject.

I threw together a quick answer, "Because God wants company, Sweetheart." Flash of brilliance, don't you agree.

"Then he gets lonely too?"

Now think of her comeback. Dig around in it and take a long sniff. Am I the only one concerned with the 'lonely too' part...

Now understand I had no desire, at all, to continue this conversation. It's early, I'd only one cup of coffee in my system, I had a low grade headache, and other concerns that itched my mind. Yet, she is my heart. I took the dive headfirst.

"Are you lonely, Sweetheart?"

If I remember correctly she replied, "Not now."

Again, "Do you get lonely during the day or while you're at Daddy's house?"

She released my hand and began to skip towards the truck. She bounced along as carefree as any child you're likely to see in a parking lot. Just before she reached my ride she stopped and glanced up at flock of birds, crows. She turned and smiled. She loves birds.

I allowed the subject to rest until another day. Why spoil it. 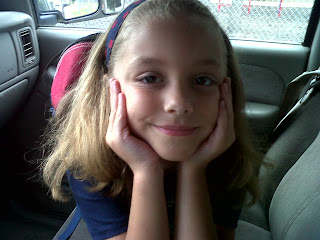 Late last night while I was dinking around near the back of our house I could hear a train far across the river. I love trains. It seems to me the sound of a train whistle holds its clear notes for a far greater distance, during winter, than during the hot humid months of summer. It also evokes memories of my childhood. Very fond memories.

My childhood home held close to a set of train tracks. Me and my friends considered the local railroad trestle our property. It was a war zone.

We'd gather in groups of ten, sometimes less, and take positions on either side of the railroad bed. We'd then gather piles of flint rock. Each boy would then consider the merits of individual rocks for battle. Then we'd hunker down. We'd select one boy for the countdown. At the signal, we'd all fire. I'm amazed we're still alive.

We'd throw rocks at each other as hard as humanly possible. I liked the side arm sling. My buddy, Willie Lee, a gifted short stop at twelve, used the overhand method. Many a boy walked away with a black eye from Willie Lee's hard and fast throws. One night we found ourselves on opposite sides of the track bed.

He made one mistake. He stood to out flank me. He took one of my best shots to the groin, and dropped as if he'd been pole axed. Or, so I thought. Turns out Willie Lee was also a gifted actor. Ever been hit with a nice sparkly gray piece of flint....it hurts. When he hit the dirt I stood and walked over to take possession of my kill. In my childish mind I'd already picked the spot on the living room wall for his head. I strutted over ready to count coup, claim my prize, take a scalp. 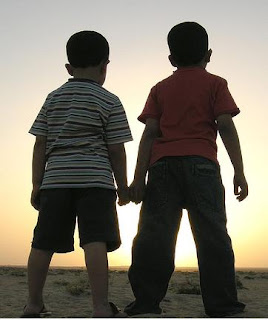 Remember, he was my best friend, my buddy for life. When I was less than five foot away, and mentally removing my coup knife, he sprang back to life like some dark Ninja, and with a graceful overhead throw, hit me square in the chin with a chunk of flint. I went down, for real, like a side of beef. I swear stars danced in my head for days.

I still wear the scar, and still love the night music of trains. 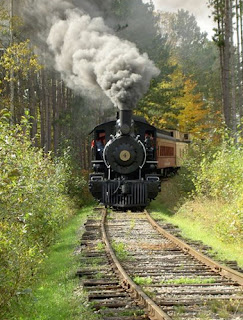 To my new friend, Abbe. She writes the blog, Chaos. Abbe, I promise to answer any and all comments. It might take me a few hours, perhaps days, if life is busy, but rest assured I'll reply.

As always I ask my fellow readers to click and give Abbe a visit. If we yell enough maybe we'll get her to update her blog. She has talent, shame to see it wasted. 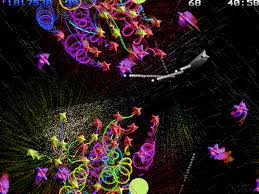 Abbe, again, welcome to my humble blog - you are now among friends.

Stephen
Posted by Stephen at 11:58 AM No comments:

If you must, this will work. I strongly recommend you just run out and buy a shotgun and if that 'day' ever arrives, bury it.

To my new friend and follower, Mystic Mud a beautiful mother of ten (10) children and the excellent writer of the blog by the same name, Mystic Mud.

I promise to always reply to your comments, so feel free to jump in and give your opinions at any time.

Mystic writes a blog of her and her family's adventures as they carve out a homestead, a subject dear to my heart, atop a mountain in Tennessee. To my other friends I ask, please, ride over and say hello. I'm sure it will be worth the trip. 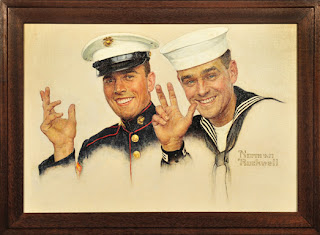 Once again, thank you very much for hitting that follower button.

Stephen
Posted by Stephen at 8:47 AM 5 comments: