I have decided to make a change in my comments settings. I have limited comments to only those readers registered with Google.

I hate it, but cannot in all good conscience stand by while those readers posting under 'anonymous' leave disturbing comments.

Please, register with Google if you'd like to leave civil comments. I do welcome all reader opinions. I do not edit reader opinions and indeed welcome them, but please keep them civil.

Civil discourse and debate need not be reduced to name calling and hateful mud slinging, and I shall not allow it on my blog.

I truly hope this isn't a hardship for my readers. And, I'm sorry but I feel this change very necessary.

Email ThisBlogThis!Share to TwitterShare to FacebookShare to Pinterest
Labels: change

He seldom speaks, Mr Sam. He's an old man at eighty-eight and short and semi-bald with just a fringe of gray hair, and he's very wealthy. He earned his money the hard way.

I didn't know these simple facts until yesterday. Or, I should say I wasn't aware of his personal history. I knew his was old, and bent, and sported gray hair and I also knew he had money, just not the extent of it.

Mr. Sam usually walks in and remains in the background, especially if others are in the room. He'll walk around and read the bulletin board, gaze at the artwork, or just sit and read. He's quiet. Yesterday was different. It was just the two of us.

"Thank you. My wife, she likes to dress me." I smiled.

Then, "Mr. Sam, may I ask where you were born?" He has a very distinctive accent.

"I was born in Palestine. My father, he bring us to this country when I'm a young man. I love this country. We arrive in New York and we live there for until after the war." 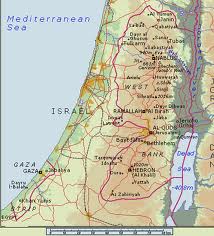 "Yes. I served and fought for my new country. I'm proud when I arrive home to this my new country. I then invest in real estate and now we are happy. It was all good until nine-eleven when the planes they hit the buildings in New York."

I waited, unsure. He takes a deep breath. He continued, "It's nice how the military men when they arrive home, now, are treated well. We too were treated well and it is as it should be for they are heroes like we were after the war."

Me, "In which campaign did you fight, Mr. Sam?"

"Europe. I fight in many places. You've heard of the Battle of the Bulge? I was there."

"What happened after nine-eleven? You mentioned all was well until then."

Mr. Sam turned and took a seat. He releases the middle button on his jacket and then smoothed his tie and shifts back in the chair. His old watery eyes look into mine.

"The people here treat us very badly. They call us names. We are Americans. I raise my children to be good Americans. I own much of this city; many shopping centers, land, and houses. I own the condo building at the beach where we live, pay much in taxes. I fight for my country. Yet, they call us Arabs, murderers, terrorists." 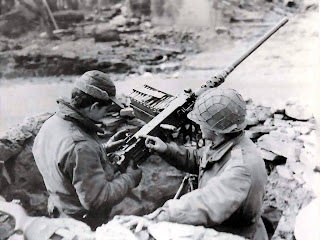 He paused. Then he points a finger at me. "And, you, my friend, you Mr. Stephen, even you put one of those stamp things on your front door. It said, 'License to shoot terrorists,' which hurt my feelings."

"You know, Mr. Stephen, we hid in our home. My whole family, we hide for weeks. We are afraid to leave house afterwards because we are shamed and scared someone treat us badly or worse yet, shoot at us. You remember afterwards how people were mad at anyone from the Middle East? You remember that, don't you?"

He continued, "Here I am born in Palestine, the cradle of civilization where the West meets the East in that beautiful land that is taken from us by the Jews, a land where I still have relatives. To this day I do not return as it isn't the same. It isn't the same, Mr. Stephen, because I am an American."

By this time I'm sorry I had asked any question. I changed the subject and he left the building a few minutes later.

Just before he left I said, "I'm sorry."