To your father, and mine. 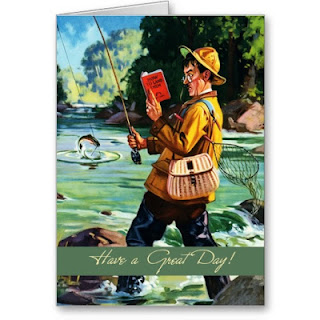 A few days ago, "Honey, next Saturday I'm driving north and will bring my mother here. She plans to stay for a week." 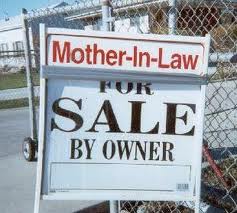 When she arrived I stood and gave the 'ole reach out my hand routine. She gently slapped it aside and instead gave me a hug.

Shucks...felt so loved I had a cup of coffee ready when she came out this morning, dressed in black, ready for church.

She likes to stay in character.

When I'd reached the main isle of the market I began the search for the frozen section with my focus on the overhead signs in search for icecream. I found my target and was about to make the turn when this flash of red, low down, caught my attention and I immediately tried to step aside in order to avoid a collision.

Instead, the little girl wrapped her arms around my waste. Total and complete shock. I looked down and realized the tiny girl in the red dress was my Little Bit and behind her was a shopping cart held by her father. 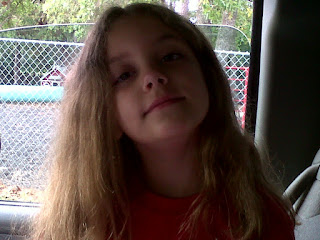 So many thoughts and emotions ripped through my mind and I knew I had but milliseconds to react. I reached down and took her and kissed and hugged and kissed again and tried to soak/absorb as much of her as I could because I knew or thought for certain he'd jerk her away and run.

She hadn't said a word. She just held me tight. After a few seconds she looked up into my face with the most wonderful smile and I again bent and whispered into her ear, "I love you. Nana loves you," and then, "Are you happy?"

She smiled and said, "Yes, Papa. I'm okay." She released me and took a step back and in a happy kind of way said, "Now, Papa, take a picture for Nana."

I reached, in desperation, and took her back into my arms, hugged her again, and took the first photo. For the second picture, she stepped back, and I took a full body shot. Her father remained still, head down, almost as if he were embarrassed.

With Little Bit back in my arms I turned to him and extended my hand. We shook. I asked after his welfare, life, work and he shyly answered. Things weren't good. Money is tight. He'd asked for a raise and was refused. His company (Acura) had even cut vacation pay. His wife, Little Bit's step-mother, refused full time work. Same old story.

I reminded him he needed to visit his mother and expressed her love of him. Only a nod in return.

As we spoke I gave kisses to Little Bit. As the old saying goes, I had eyes only for her. She told me she'd graduated to third grade and I replied of course you did, Honey. Then I turned back to her father, my son, and said, with care, "She's awful thin."

He has rules. His rules exclude sweets, any fats, and starches.

Little Bit, during this brief and unexpected encounter remained fairly reserved. She held me during the entire visit. When I'd ask a question she'd quickly cut her eyes in his direction, but she'd answer, in each instance, all of my questions, in a tiny whisper. I wanted so badly to take her in my arms and walk out, to take her home to her Nana. To protect her and feed her and love her. But, the law is on her father's side. I'm just her grandfather, a void in the legal system, and his wife is the law in their home.

Bitter, aren't I. Such is life.

Twice I asked if he'd please visit his mother and try and restore life back to normal, for all of us. My queries were answered only in nods. Never a vocal affirmative.

And then, she was gone. 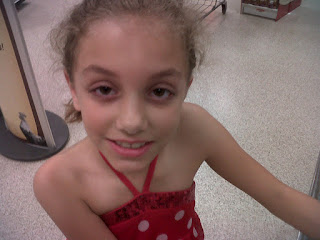 We had all of five minutes.

As you may have noticed I haven't written much of late. There is a reason. First, business has increased, and secondly I have been slowly weaning, ever so carefully, myself off most of my heart medications. The side effects of all these medications are awful. Muscle problems, cramps, lack of sleep, fatigue.  Before the doctors saddled me with all these pills I was a fairly active dude...now, I feel like a piece of, well, crap. Unfortunately there is a price when you begin to drop medication from your daily routine. I understand and will take precautions, but why on earth should a person need two cholesterol drugs when one should suffice. 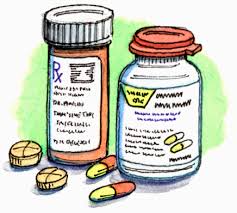 It'll work out in the long run.

Take care out there.