Fed my Kindle this afternoon, then came home and collapsed...kinda feel not so good. Anyway, I thought I'd pass these novels along to you. Nice light reads but packed with some great advice on bug out and get home bags. For the most part I've forsaken the concept of a Bug Out Bag. I much prefer Get Home Bags....just my thing...you swing the way you wish. 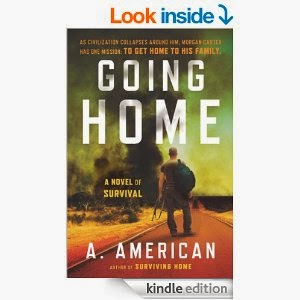 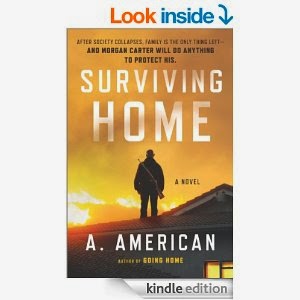 I downloaded the above two, the next is per-ordered and the fourth is still in the works. I may have posted these pics out of order. 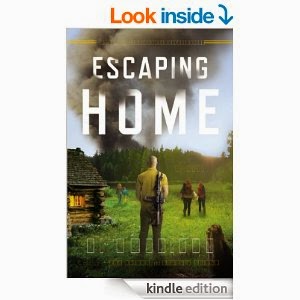 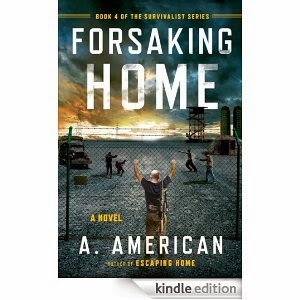 Again, I might have the last two out of order so check with Amazon, or the author's website, here.

Like I said, although far from great literature the first in the series is a fun read. I haven't as yet read the second.

Please forgive my lack of replies to comments. I will visit with you tomorrow. Now, please excuse me while I pass out.

I hear a mockingbird's song, the tick tick tick of the timepiece above my desk. The sound of light traffic, and now a titmouse, or not. I hear the strong wind as it shifts the bracket of my old thermometer against the window frame. The squeak of my chair as I shift, and if I listen very closely, my breath. I hear the rattle of my silver bracelet when I move my wrist to type this...and I hear my keyboards padded strokes. Yet I grow deaf with age.

There was once a grove of gray-backed oaks with limbs heavy with Spanish moss. The grove was locally known for its high population of Fox and Gray squirrels and my bother and I hunted there as often as possible.

My brother was a pissant.

I, the eldest by four years, was wise and gave great counsel to my younger and height challenged sibling. I demanded, as befitted my status as older brother, obedience and discipline. Younger brother balked. He defied me. Me, a man of twelve whole years of life on this earth. The mighty mountain man of Florida and great slayer of the deadly saber-toothed squirrel. As was my birthright I'd correct his behavior, his sniveling disregard for my instructions, by a well placed palm against his noggin. Properly applied the results were most remarkable. 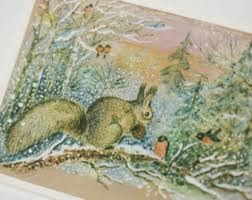 Early one frosty morning we eased from the house and moved as one towards the ancient live oak grove. We followed the creek bank and our boots squeaked in the pure white sand and the trees were alive with the drums of woodpeckers and always the scent of pine and oak mast and the water gave mist in the November chill.

Thirty minutes found us deep in a patch of palmettos our backs towards the gray bark and our shotguns close. He'd wiggle. Shift, and readjust his placement. Sniffle. Cough. Wiggle again. How many times had I suffered such misbehavior here in the cathedral of squirrel...my patience was worn to a razors edge. I smacked.

The blow landed like a small cannon to his right ear. He screamed. The birds took wing and the small game froze and our hide thus revealed. He continued to yell bloody murder so I whipped out another blow. Hey, you don't mess with older brothers.

He settled, stilled. Grew quiet. Contemplative. He gave me, a look. The sun had barely broken the eastern rise as we shared a thermos of coffee. Swift glances in his direction revealed one very disturbed boy. Some seconds later hr gently placed his coffee on a stump, took his single shot .410 in hand, and rose to full height. My brother, the peon, looked at me and said, "I'm gonna shot you in the ear."

He drew back the hammer on his Western Auto shotgun.

Quick as a snake I took to my feet and turned to run. Within two steps the muzzle blast just kissed the other edge of my right ear. It brought me to my knees. My world became one with pain. I did not hear the distant bird song nor the wind or the rustle of underbrush as I shifted my hands for purchase. I did not hear the creek's early morning flow, nor the hammer of the woodpecker, and for a brief few seconds, truly felt I'd never again hear mine own heartbeat.

He disappeared into the brush and trees. 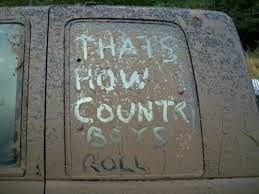 We're older now and all is forgiven. To this day neither of us turns our backs on the other when shotguns are present. And, he's still a pissant.